Simbine, Schoenmaker favourites for the honour of leading the country 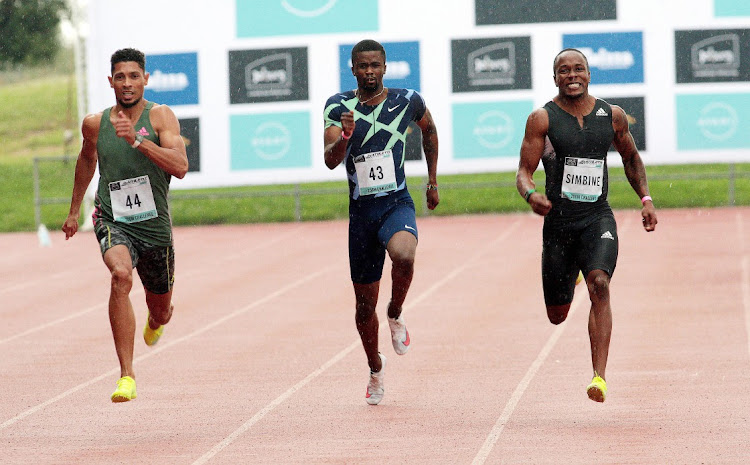 With less than 100 days to the start of the Olympic Games, SA Sports Confederation and Olympic Committee (Sascoc) president Barry Hendricks has not started the process of identifying the flag bearer for Team SA. Sascoc celebrated the Olympic Games' 100 days countdown yesterday at the Olympic House in Joburg.

The Olympic Games will take place on July 23 and finish on August 9 in Tokyo, Japan.

There was plenty to celebrate for the SA Olympic body yesterday as they have secured a gym and clothing sponsorship from Planet Fitness and Mr Price and they used the occasion to unveil their third sponsor, Veldskoen shoes, as the official off-field shoe sponsors for Team SA at the Olympics.

Hendricks will announce the final Olympic team going to Tokyo on July 4. The teams will leave in groups from July 10, seven days from the start of their events due to the Covid-19 travel regulations set up by the Japanese Olympic local organising committee.

Hendricks will work with the new Sascoc board member and athletes' commission chairperson Khotso Mokoena to identify the flag bearer. SA top swimmer Tatjana Schoenmaker and SA athletics 100m record holder Akani Simbine are the favourites for the honour of leading the country.

“We know exactly what the flag bearer should represent this rainbow nation and we believe that the person should show some leadership qualities. The chosen person should also represent the values of SA and that is the sort of person that we are looking for," Hendricks said.

“We will reveal the name a month before, so that we can prepare that person. We like to work with the athletes' commission and in this case, it is Khotso Mokoena, a new board member and the chairperson of that commission. We will do the consultation with him," he explained.

However, he's still sticking to his guns and does not want to put a tally of medals that the team should bring home. “They should not focus on winning or losing and we are not going to say anything on the medal tally," said Hendricks.

Sascoc has not decided on the number of athletes going to Japan.

Although the poster girl of South African athletics Caster Semenya will not run her favourite 800m race at the Olympic Games, the government is still ...
Sport
1 year ago
Next Article