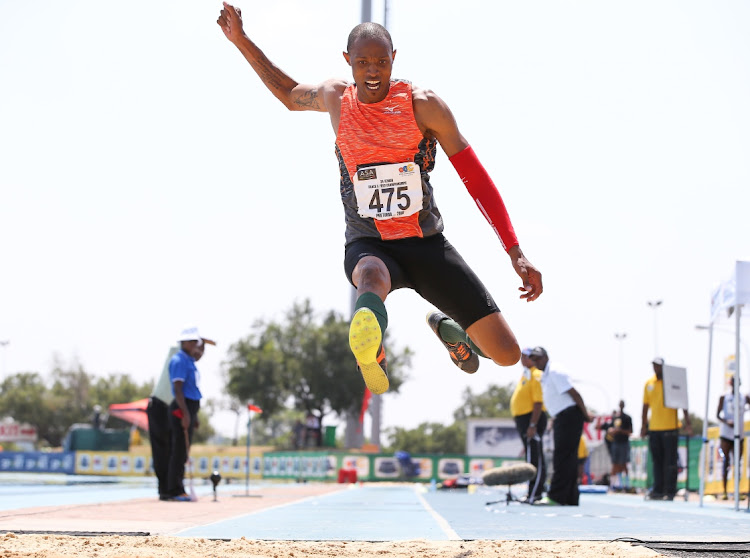 Last year in November, the four-time Olympian told Sowetan about his ambitions to serve on the Sascoc's Athletes Commission in the next four-year cycle.

"I am putting my foot forward to run and campaign for the Sascoc chairperson position so that I can assist the newly elected president [Barry Hendricks] and Sascoc board," Mokoena told Sowetan last year.

Now Mokoena is one of six athletes representing a range of sporting codes who have been appointed to the Sascoc Athletes' Commission for the next four-year cycle following virtual elections three weeks ago.

Mokoena, who won Olympic and world long jump silver medals in 2008 and 2009, respectively, and Bridgitte Hartley, bronze medalist in the K1 500 metres canoeing at the London 2012 Games, are in the committee.

Mokoena is the new chairperson of the commission as voted by his colleagues and he will serve for the next four-year cycle.

By being the chairperson of the commission, Mokoena automatically becomes a Sascoc board member.

Sascoc is expected to announce the news of Mokoena being the new board member at a press conference soon. “I am happy to serve the athletes and would avail myself for this position. I have always wanted to venture into administration. I cannot jump and retire and not give back to the sport," Mokoena told Sowetan yesterday.

With four months to go before the start of the Olympic Games in Tokyo, the SA Sports Confederation and Olympic Committee (Sascoc) secured its second ...
Sport
1 year ago

Sascoc signs new sponsor for Olympics and beyond

Team SA athletes heading to the Tokyo Olympics and Paralympics will be kitted out by local manufacturer Mr Price Sport.
Sport
1 year ago

A battle for control of the Free State Sports Confederation (FSSC) is poised to play out in the CCMA arbitration of fired CEO Jerry Segwaba that is ...
Sport
1 year ago
Next Article