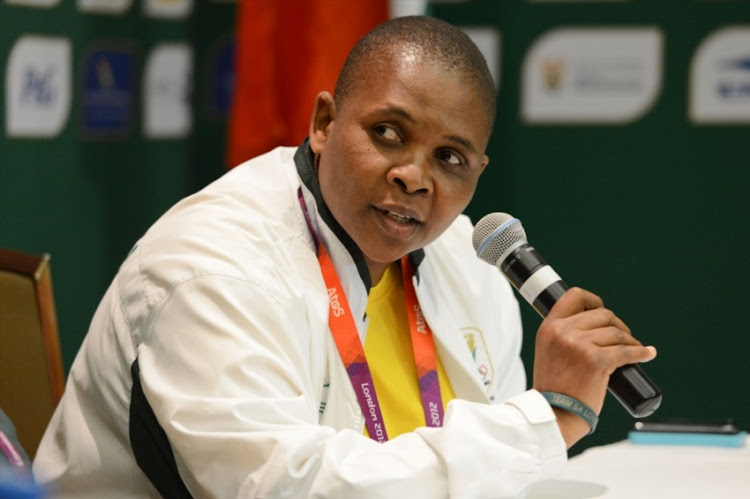 A board of six people, led by the vastly experienced sports administrator Patience Shikwambana, the chief operating officer of the SA Sports Confederation and Olympic Committee (Sascoc), was named on Tuesday.

The 55-year-old will be working with NSA president Cecilia Molokwane, NSA CEO Blanche de le Guerre, Jean-Pierre (JP) Smitha – a member of the mayoral committee of the City of Cape Town, Dr Lyndon Bouah chief director of sport and recreation in the Western Cape department of cultural affairs and sport and Sumayya Khan the deputy director-general at recreation development and sport promotion.

Shikwambana, who joined Sascoc in 2005 as a manager at the time, described her appointment as the biggest highlight of her career. When Sowetan approached her for comment yesterday, she referred to a well-known Tsonga phrase mintirho ya vula vula, loosely translated meaning "actions speak louder than words".

“I’m deeply humbled by this appointment. When the minister sent me an appointment letter, I could not believe it. I have been too operational for many years and I am finally going to the next level. I am an independent chair and there are no strings attached. My main responsibility is to help the LOC tick the right boxes," said an excited Shikwambana.

She must run the board, provide oversight, deal with the financial issues, budgets and monitor the state of readiness for the world cup to the INF and the government.

“We must also do an overall report of the event after the tournament in 2023. But first, we have to appoint an operational team, led by the CEO and take care of HR (human resources) matters and we must meet urgently to discuss these things so that we must not miss our timelines as we have already lost a year due to Covid-19.

“We must provide the budget, the obligation is not to lose sight, put policies in action and appoint the operational team and the CEO. I have to provide leadership and make sure that we put our heads together towards winning and also bring a positive vibe."

The department of sport and recreation has finally conceded that it is highly unlikely that a professional netball league could be set up in South ...
Sport
1 year ago

Netball Proteas began the Spar Challenge Tri-Nations tournament with a 58-30 over Namibia at the Cape Town International Convention Centre on ...
Sport
1 year ago
Next Article