No surprises as Two Oceans is cancelled 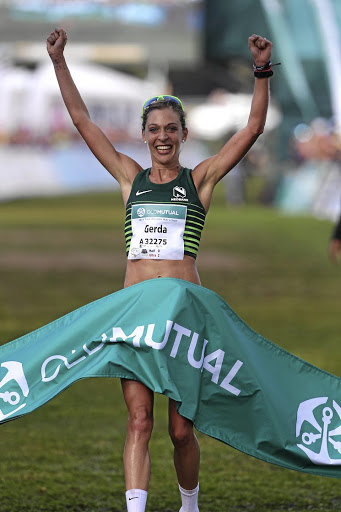 The Two Oceans marathon was canned yesterday amid the coronavirus scare, which has wreaked havoc in sports across the globe.

The 56km ultra marathon was supposed to take place on the Easter weekend of April 8 to April 11.

"I expected it to happen because it was not clear in the last couple of days," Steyn told Sowetan yesterday.

"I'm disappointed, obviously, but there is nothing you can do about it. It is not like it was negligence from someone, it is something that has been happening throughout the world. We have seen other marathons being cancelled and I expected it to happen."

The 30-year-old added that she would change her plans and start preparing for other short distances.

"I was thinking about whether I should do a long run as preparation for Two Oceans, but now I need to do speed work. We need to stay positive. I know other runners are disappointed, which is understandable."

The Two Oceans Marathon became the latest Covid-19 event casualty, with the road race called off on Sunday.
Sport
1 year ago

Two Oceans race director Debra Barnes said they will communicate with all the runners who registered about their plans going forward.

"We have been monitoring the status of the novel coronavirus pandemic as events have unfolded internationally and locally and we've consulted with public health experts and authorities," Barnes said in a statement.

"The health and safety of the competitors, staff, sponsors and the global community is paramount and an event of this scale poses far too great a risk to continue. Guided by this priority and global best practice, we have made the difficult decision to cancel the world's most beautiful ultra marathon for 2020.

"Two Oceans Marathon acknowledges that many runners will be disappointed at the cancellation and is committed to ensuring a spectacular race experience for all role-players at next year's event.

"Further information will be made available in due course and we will be in direct communication with the runners who had entered the 2020 Two Oceans Marathon."