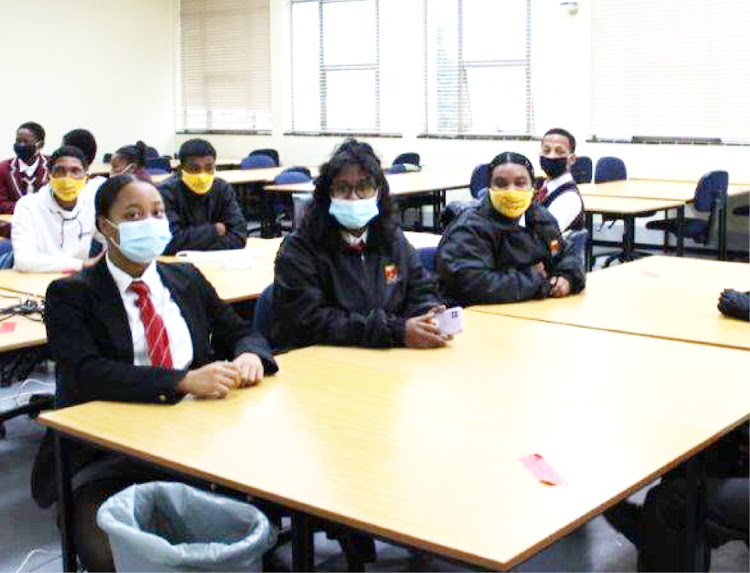 Pupils from underprivileged schools in Stellenbosch in the Western Cape were equipped with the necessary skills to build their own portable, solar-powered USB phone chargers at a recent solar generation workshop presented by Stellenbosch University.

About 20 top maths and science pupils from Cloetesville and Kayamandi high schools attended the workshop.

Hosted by the university’s department of business management, the faculty of engineering and its science, technology electronics programme (Sunstep), the workshop formed part of the university’s social impact outreach initiatives.

Pupils were also taught how to manufacture solar panels, learnt new skills such as soldering, wiring and cutting, and discovered how solar energy works and the benefits it can bring to a community.

“Learners were able to distinguish between renewable and non-renewable resources by the end of the workshop," says Luyanda Mankayi, a maths teacher at Kayamandi High School.

“They were so inspired by everything they were taught that they have started to enquire about available courses in information technology and computer science.”

For Jayden Loggerenberg, 17, a grade 11 pupil at Cloetesville High School, the workshop was an eye-opening experience.

“I was surprised that something like this was available to me and that I could participate in it. I’m glad I came to this workshop. I learnt a lot,” he says.

However, pupils had not yet identified how to access such chargers.

YEP is an annual entrepreneurship programme presented by the department in collaboration with Hogeschool Utrecht, the University of Applied Sciences, in the Netherlands.

Sunstep, an entity of Stellenbosch University since 1997, provided electronic kits, tools and practical training to pupils during the workshop.

Executive director of Sunstep, Miranda Myburgh, says: “This workshop meets a critical need in our largely theory-based education system, which provides virtually no hands-on learning in disadvantaged schools, and in which many teachers are greatly inexperienced.”

Plans are under way for more workshops to provide pupils from other schools with the opportunity to develop these skills.

Youth-owned business is making a success of its rose garden

Roses do not bloom quickly, they take time to blossom and grab attention with their beauty and natural perfume.
SebenzaLIVE
1 year ago

Art has the power to change the everyday environment that people live in, as well as their perceptions about important issues such as climate change ...
SebenzaLIVE
1 year ago

Sunny times ahead for informal traders

In times of unreliable power supply, consumers are often left to scour for alternatives. These are generally unaffordable.
SebenzaLIVE
2 years ago
Next Article