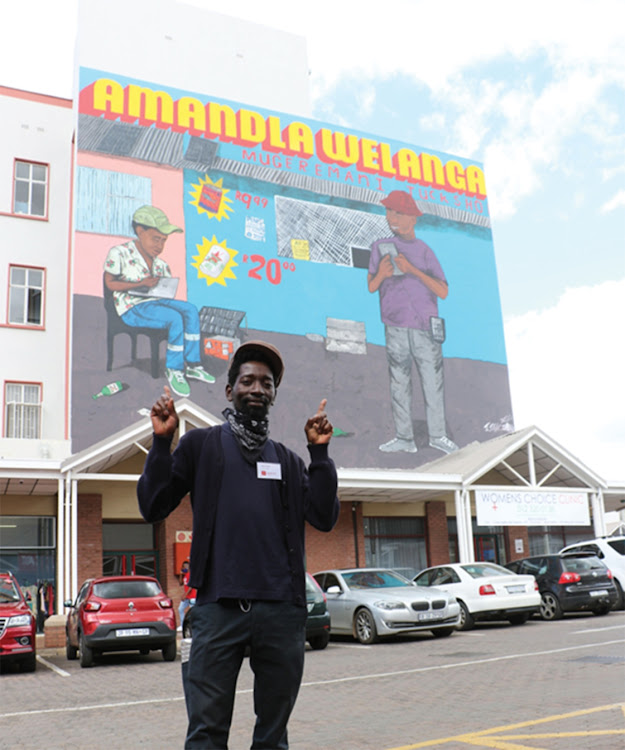 Art has the power to change the everyday environment that people live in, as well as their perceptions about important issues such as climate change and renewable energy.

This is according to the ambassador of Denmark, Tobias Elling Rehfeld, who recently launched three large public art murals in the Pretoria city centre in collaboration with the City of Tshwane, City Property and Kalashnikovv Gallery.

Rehfeld says the Embassy of Denmark partners with the South African government on a number of green energy and water projects.

“Since 2017, we have had a collaboration on sustainable urban development with the beautiful City of Tshwane and the City of Aarhus in Denmark. The launch of the public art murals is about something that is very close to my heart – art, and the planet we all walk on. A planet that we have to pass on to our children one day."

He said the project gave the embassy and its stakeholders an opportunity to reach out to a group of young up-and-coming artists in SA and give them a canvas and a voice to express themselves.

Adding weight to Rehfield’s sentiments about the collaboration, executive mayor of the City of Tshwane Randall Williams said a project-based memorandum of understanding was signed in September 2017 by the cities of Tshwane and Aarhus. They agreed to collaborate on issues such as city planning, environmental sustainability and eco-buildings.

One of the three murals was done by visual artist Lisolomzi Pikoli. He said his piece portrays how people need water to survive and how the mismanagement of water can put them in unfortunate situations like floods or droughts.

Io Makandal, who created the second mural, said her theme is also about water. “I was thinking about the environmental impact that rainfall has on cities because of the way they are structured; with their concrete landscapes which affect the ecosystem and the natural flow of water,” Makandal said.

The artist who made the third mural, Isaac Zavale, said he is using his work to tell the public about the importance of renewable energy. “I decided to use solar panels because most people can identify and engage with them, and I target more viewers from the townships through the artwork."

Rehfeld said nothing is more important right now than the climate change challenges that are confronting the world and giving artists a chance to communicate important messages to the public is important.

In times of unreliable power supply, consumers are often left to scour for alternatives. These are generally unaffordable.
SebenzaLIVE
2 years ago

With climate change on the rise and the questionable support of businesses that do not put the employees first, consumers are being called upon to ...
SebenzaLIVE
2 years ago

A car parts manufacturing company owned by a black woman is on the road to success despite only starting operations less than two years ago.
SebenzaLIVE
1 year ago
Next Article