Improved education for the 21st century 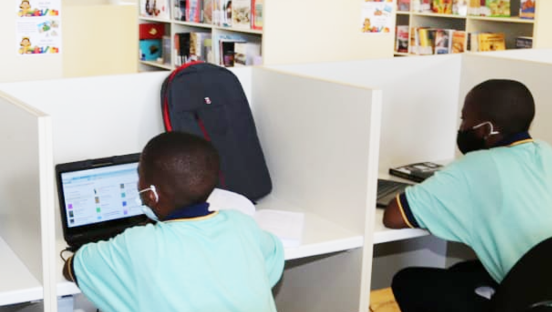 The Anton Lembede Mathematics, Sciences and Technology Academy is providing learners with skills they need to succeed.
Image: KZN Department of Education.

The KwaZulu-Natal (KZN) government recently launched a specialised high school aimed at improving maths and science education in the province while training learners in the latest technology.

The Anton Lembede Mathematics, Sciences and Technology Academy in La Mercy, north of Durban, opened its doors this year. Although the school has only a Grade 8 class, it will eventually have 600 pupils in all five high school grades.

Dr Enoch Nzama, the head of the Department of Education in the province, says government is committed to producing young people who are going to excel in the areas of leadership and innovation.

“This is one of the many focus schools that we intend to build in KZN,” he says.

The specialised schools will help address current skills shortages in the country, which will improve the learners’ chances of finding employment.

Nzama explains the school will ensure there are sufficient skills to serve the economic growth and development needs of the province.

It is the KZN government’s aim increase the number of learners who do well in maths and science and qualify to study towards university qualifications in these subjects.

KZN MEC for Education Kwazi Mshengu says the naming of the school after a struggle hero was not without reason. “Anton Lembede was one of those young people who understood the importance of education in any stage of the revolution,” he adds.

The provincial department spent R252 million to build the state-of-the-art school and its boarding facilities. All students live on campus and only go home during term breaks or at their parents’ request.

Thandi Mngoma, parent of one of the learners says she heard about the school on the radio and applied for a spot for her daughter Slondile.

“I was a bit sceptical but when I went to the school and interacted with the staff, I was impressed. So far, teachers and the support staff are making the school feel like home for my child,” she says.

Parents have to pay fees for their children, however, subsidies may be given to learners from disadvantaged backgrounds. A scholarship application form can be found on the school’s website.

Khethukuthula Teddy Nzama didn’t expect the warm reception he got when he arrived home from London after being crowned the 2019 EMEA Starbucks ...
SebenzaLIVE
1 year ago

When the hard lockdown forced Ntombi Mahlangu to work from home, boredom kicked in and she decided to rekindle her love for farming at her hometown ...
SebenzaLIVE
1 year ago
Next Article