Draft curriculum to be gazetted 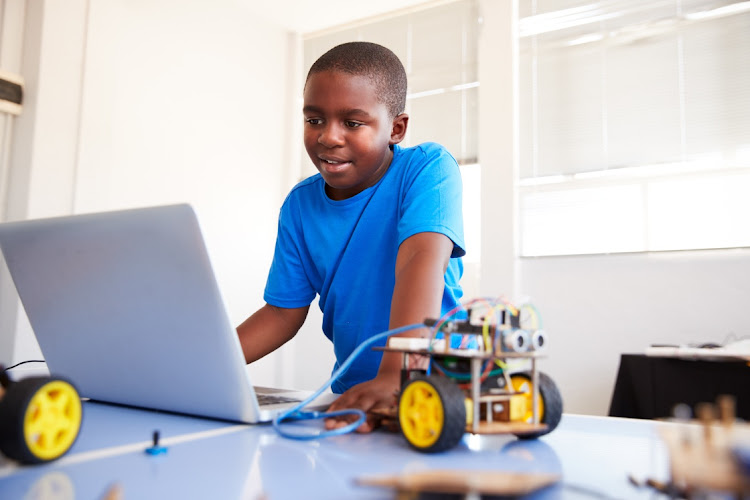 Ramaphosa said piloting the coding and robotics curriculum will be for grade R to 3 pupils from 200 schools and grade 7 pupils from 1,000 schools.
Image: 123RF

Thousands of pupils in primary schools will participate in piloting the draft coding and robotics curriculum later in the year.

This was announced by President Cyril Ramaphosa yesterday during the 2021 virtual basic education lekgotla. Ramaphosa said piloting the coding and robotics curriculum will be for grade R to 3 pupils from 200 schools and grade 7 pupils from 1,000 schools.

Ramaphosa said the department of basic education is making headway on the national rollout of coding and robotics.

“The draft coding and robotics curriculum has been submitted to Umalusi for evaluation and quality assurance and a draft curriculum will soon be gazetted. However, focus on these new areas should not come at the expense of basic skills such as reading for comprehension.

"We also have to continue to invest in early childhood development as the foundation for cognitive development, and create policy certainty where it is lacking,” Ramaphosa said.

Ramaphosa said there was a need to build a stronger social compact that put pupils and their education first.

“And with our focus on developing the skills that children need for a changing world, we also have a clear path towards a better future,” he said.

He also highlighted that the higher education sector recently raised concerns about the large numbers of pupils doing subjects for which there is less demand in the economy.

“This challenge begins in the early years firstly, with subject choices that limit future opportunities for learners, and, secondly, with the poor performance of learners in the science, technology, engineering and mathematics fields.

“Equipping learners with the knowledge and skills for a changing world necessitates a relook at these critical subject areas and the curriculum in general. If we are to seize the opportunities of the Fourth Industrial Revolution, our education system must be reoriented towards its development in our country,” he said.

“It also gives us a chance to have an honest reflection on our missteps and on our success and enables us to see blind spots where perhaps as a sector we had missed looking at something,” Motshekga said.

She urged parents and the public in general to encourage those who failed their grade 12 final exams or got results not to their own satisfaction to use the department’s second chance programme.

“We will be working hard to strengthen it to make sure they get all the adequate support they need. We have extended the date to register for the June exams from February to March,” she said.