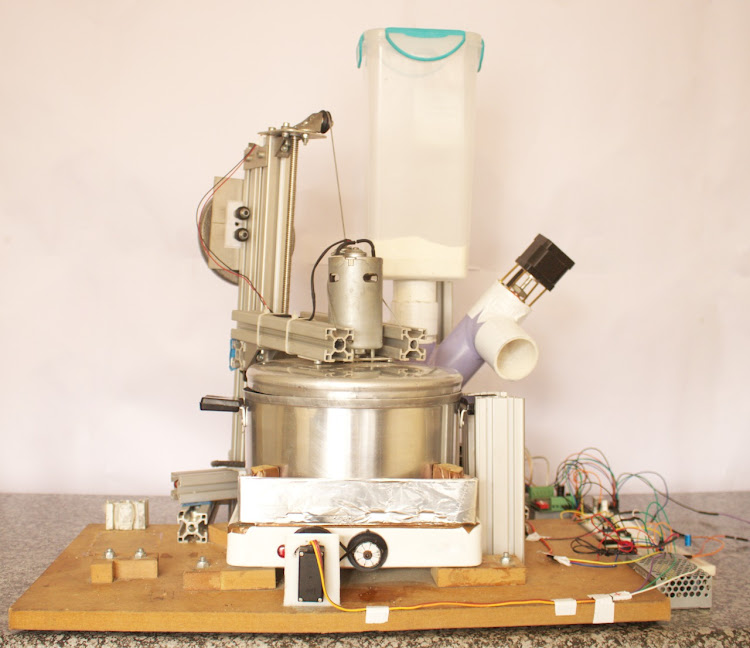 Rea Nkhumise is a robotics engineer that has taken on the challenge of creating an automated pap cooker.

The 29-year-old, like many South Africans, grew up eating pap but realised that it's a task that many people do not particularly enjoy.

"I came up with the invention in 2016. I always thought to myself that I do not want to be an engineer that doesn't solve problems," he said.

With many marriages in parts of the country dependent on this food staple being cooked perfectly, his invention could be the answer.Although he started working on the prototype in 2016, it is the Covid-19 lockdown that has given him time to thoroughly work on developing what he calls Lobola.

"I call it Lobola because I think it will one day be the perfect gift for a couple that is getting married," he said.

Nkhumise, who was born in Mabopane, Pretoria, studied mechanical engineering at Wits University and did a Masters in robotics at Tennessee Tech University in the US.

He said when he was studying in the US he came across a rice cooker for the first time and wondered why African engineers have not yet created an automated pap machine.

"I built the prototype in 2017 and it wasn't really working. I tried to get funding but I was told that it needs to be more mature and that it should fit into a kitchen. For some funding (channels) they would say I'm too ahead or too behind," said Nkhumise.

But during lockdown he was able to focus on how it works from a mechanical point of view. 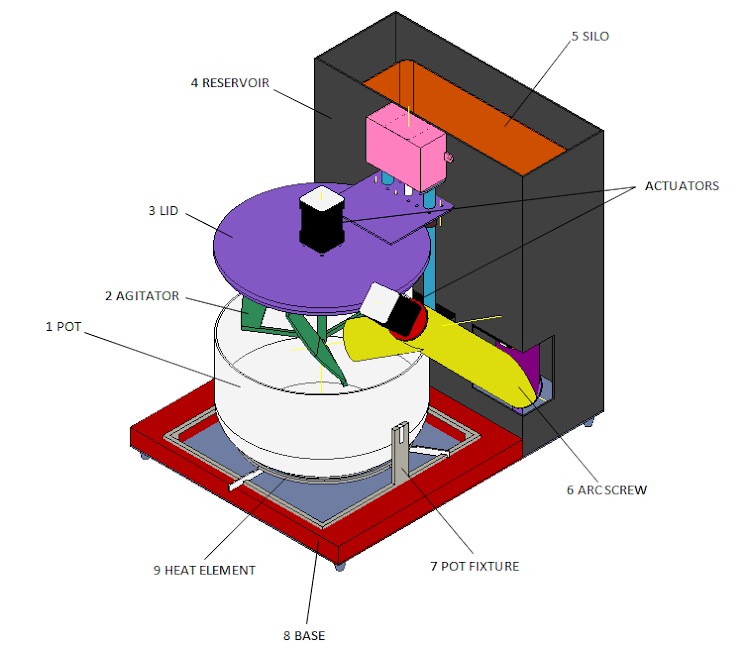 "I've really improved my programming skills over the years. The original prototype had a lot of spillage and I also had to work on that," he said.

Nkhumise has also worked on timing to make sure that the right steps are done at the correct time. The steps include putting maize meal in the compartment and water in the pot then pressing a button that does the rest of the work including, whisking and turning the pap.

"When I told my mother about my invention she was happy about it. I also had an uncle who only ate pap and his wife said this would have been helpful. So I got a lot of high fives," he chuckled.

Nkhumise, who is working on other inventions under his company Planet Eye, said this invention is relevant even though there is instant pap.

"Instant pap is ultimately not cooked the same way as pap, this is still the same as traditionally made pap," he said.

Nkhumise said he is looking forward to the future and creating new inventions that will take off.

"We want to be the most influential technological company in the world with inventions that are brand-new," he said.

The design is open sourced to the public.

South African men like complaining about the quality of pap as if they can even braai.
Opinion
2 years ago
Next Article