“His love for me was honest, authentic as mine for him. He often said I was saving his life without realising that he too was saving mine,” says wife Bianca Naidoo. 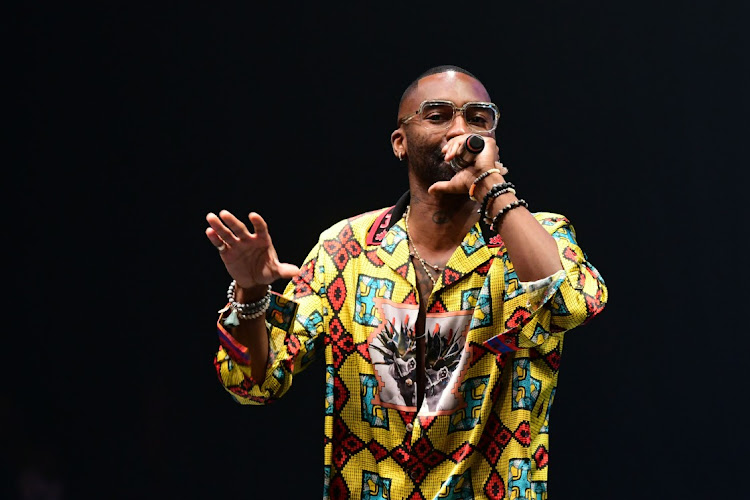 Award-winning hip-hop artist Riky Rick was laid to rest at a private funeral in Johannesburg on Tuesday afternoon.

The rapper’s close friends and family gathered in Sandton to bid their final farewell to the Stay Shining hit-maker.

Born Rikhado Makhado, he died almost a week ago in an apparent suicide.

During the emotional send-off that was live-streamed on YouTube, his wife Bianca Naidoo took to the podium and vowed to keep his legacy alive. She also thanked him for nine years of marriage and the great role model he was to their two children.

“His love for me was honest, authentic as mine for him. He often said I was saving his life without realising that he too was saving mine,” Naidoo said.

“My forever love, thank you for giving us all that you had to give in this lifetime. Thank you for choosing me, teaching me and for believing in us. I will forever be grateful for the gift of you.

His mother, Louisa Zondo, shared her last message to her son saying she has made peace with his death.

“You are no longer this or that, you are everything. At this point, you’re no longer here or there, you’re everything. So, my darling, notwithstanding the lack of words now but I do want to satisfy the burning desire to say something and it’s to say, thank you," Zondo said.

“I want to thank you for the opportunity to be your mother. I want to thank you for the lasting lessons I learnt from your vulnerability and I want you to now rest, to go and meet with your freedom. We will carry on your legacy. Your beautiful children will be led, loved and guided the way you have already shown us how to. May it be well my son… lala ngoxolo mnthai wami.”

His childhood friend Mbulelo Balfour fondly spoke about the rapper’s earlier life before he was a well-known artist.

Before he called himself “Boss Zonke”, Riky was known by his schoolmates as “Rikhado”, “Marikana” and “Sugela” which was inspired by American record label boss Suge Knight.

“The name Boss Zonke speaks to Riky’s personality. From day one, Rikhado was a force of nature; he was enigmatic, confident and full of life and drama. He was always smiling and entertaining all those around him," Balfour said.

"He was a true original. He was already a trendsetter at a young age, an influencer before there were influencers. He was always inventing new hairstyles. He always wanted to be original. I’d like to think that’s what kept him so relevant for so long."

Business partner and Legends Barbershop founder Sheldon Tatchell revealed that the hardest thing he had to do was to give Riky his very last haircut the day before his funeral. He also spoke of the astounding businessman the rapper was and his passion to always find innovative ways to “stay shining”.

The family also has a memorial planned for Friday and it is expected to be attended by close friends, family and selected media.

'He was a brave fashionista who redefined masculinity'.
S Mag
3 months ago

Would you get a jab at the groove?
S Mag
10 months ago
Next Article