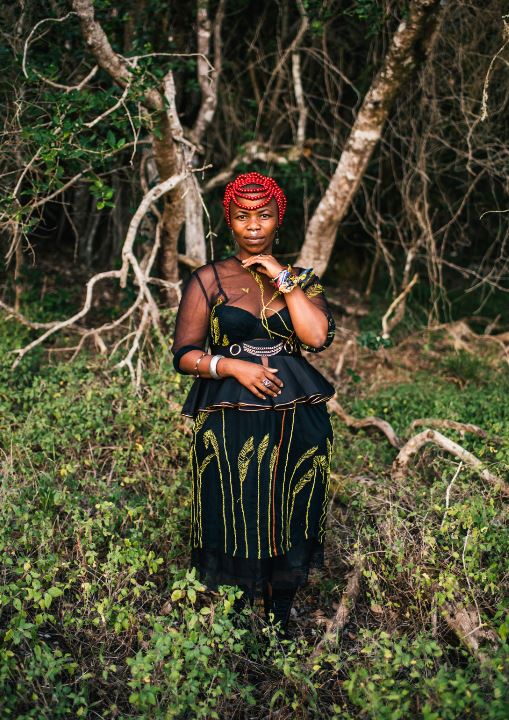 The One Who Sings.
Image: Supplied.

Zolani Mahola, popularly known as the lead singer of Afro-fusion band Freshlyground, is going through a rebirth. Her rebranded moniker “The One Who Sings” will undoubtedly go down as one of the strangest stage names in music history.

Despite how unfamiliar her name is, Mahola believes her new sobriquet is universal.

She plans to use her new image and sound to connect deeply with her ancestors and Xhosa heritage with her solo album Theta Mama.

The offering yields single Wawundithembisile, featuring Sun-El Musician. After nearly 20 years as a public figure and part of a ground-moving music band, Mahola retraces steps of her illustrious career while sharing her excitement for her solo journey as an artist.

“There isn’t pressure really of becoming a successful solo artist. I actually purposefully gave myself a couple of years to just work on my solo voice. I really didn’t want to have that pressure because I had been a part of a successful unit, I now have something to prove.

“What I did was at the end of 2019 I experimented with different genres in my songwriting as well as collaborated with different musicians. I didn’t restrict myself in terms of how the music would present itself,” the award-winning singer says.

“See, when you’re part of a group, you’re really used to being very democratic about things and sometimes your voice tends to be diluted for the good of the group which is fine but as a solo artist, you can live in your own unique voice.”

Being part of a successful band not only made her and the band members household names but it gave Mahola the opportunity to travel the world and sing with global icons such as Robbie Williams, BB King and Stevie Wonder, who she grew up idolising.

Only now living true to her voice and her purpose, Mahola mapped out how singing was a coping mechanism for her growing up as she was a very reserved child due to her father’s emotional absence after the death of her mother when she was just seven years old.

“That period in my life kicked in my introvert side. After my father re-married I was sexually abused by someone and that turned me into being more reserved. My mindset at the time was to find a means of escape, so as a kid I used television, music and reading.

“I was heavily influenced by rock music and folk. I later met my musical calling at university when I was a part of a band for a couple of months. A year later, I joined Freshlygrou nd, ”she says. 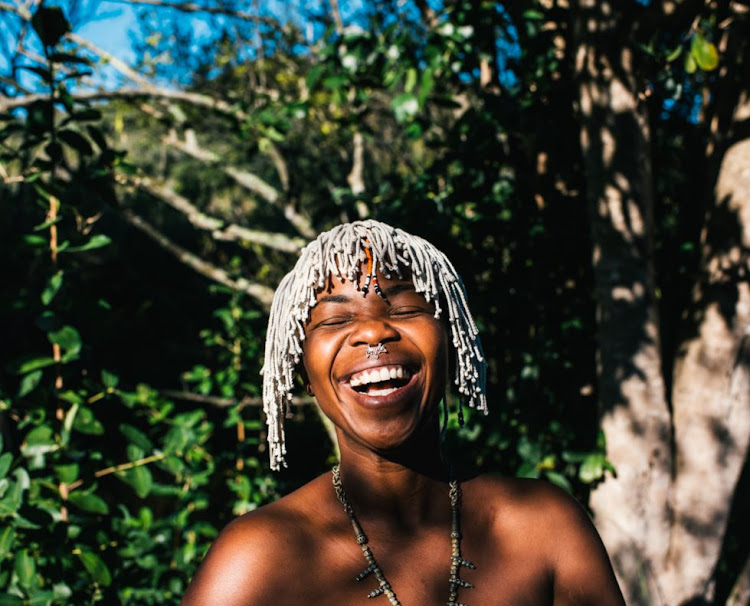 Zolani Mahola, popularly known as the lead singer of Afro-fusion band Freshlyground, is going through a rebirth.
Image: Supplied.

Having spent 17 years with the group, Mahola was ready to rebrand herself to a name that might seem like something out of the blue for many but had been a part of her for years.

“It's an interesting thing, along the line with my character name [Boniswa] in the television drama Tsha-Tsha and the second Freshlyground album, Nomvula; plus all the Xhosa singers, Simphiwe [Dana], Thandiswa [Mazwai] or Zahara, people would kind of get confused about my name and they’d simply say, ‘The One Who Sings’ when mentioning me.

It was a bit annoying at first because I was confused why people didn’t know my name but funnily enough I grew to love the name,” the songstress says.

As she has now ditched her old image, Mahola says that her new brand is a look she had been preparing for about two years.

Favourite song: Stevie Wonder’s If You Really Love Me

Top three movies:
Catch Me If You Can
The Matrix
Call Me by Your Name

“I actually used my new name for a play that was based on my life and received an award for it. “That was in 2019 and I knew then that it just felt right. Even though I loved the name, it wasn’t an easy thing to convince my team to rebrand seeing that there was so much weight to ‘Zolani Mahola’. Yes, there was fear in this new name, but I had to honour the feeling inside of me that said I'm making the right decision, ”she says.

Mahola says her niche ear for music made her settle for a modern style to folk-infused with electro-soul and a touch of amapaino that will help people tap into their spiritual side.

“My album, Theta Mama, has a lot of songs that are about connection to self and something greater. The title song, which is the same name as the album, speaks more about a singer’s conversation with a mother figure, then a father figure and a lover. It’s urging them to speak, for them to tell their story and for me, it’s like me wanting to hear from the greats, the ancestry source.

Spirituality and meditation are at the core of what media personality Dineo Ranaka is often known for but her ancestral calling is her apex, which ...
S Mag
2 months ago

Fancy hosting a tasty braai? Chef Benny has got your back with these ultimate tips

“Prepare your ingredients three hours in advance. A braai is not something you want to do last minute," The Ultimate Braai Master panel judge advises.
S Mag
1 month ago