Vocalist did theme song for the show’s first season 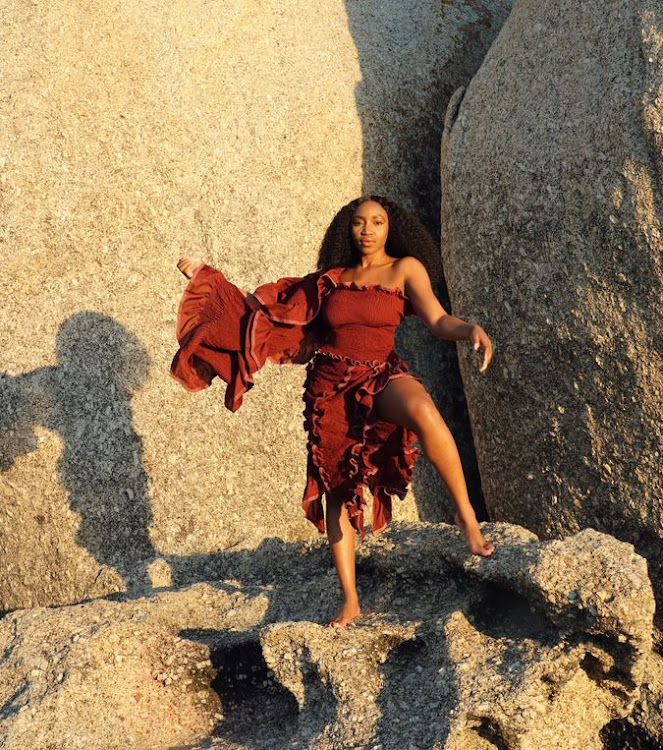 Zimbabwean-born singer-songwriter and vocal powerhouse Frya has sonically slotted her voice in many hit series as she makes her mark in the music industry.

Born Rutendo Maregere, Frya lived most of her life in her native land where she was raised, however, migrated to the City of Gold in 2016 to further her studies. After briefly working a job in finance, at the beginning of last year she decided to quit her job to pursue her music career. “So, when I took that leap of faith, that’s when the pandemic hit. So, I doubted my decision of quitting my nine-to-five job. But eventually, things shaped up for me,” the excited yet poise singer tells TimeOut.

While she kept her head down and focused on perfecting craft singing and writing-wise, Frya expresses how “super humbling” it was to have her five songs featured on season 2 of Netflix’s second African original hit series Blood & Water.

“Having my body of work being featured on a series such as Blood & Water is very humbling. On season 1, they asked me to do the theme song for the show and now in the second season they used half of the music on my album – it’s really cool that they did that but more than anything, it’s super humbling,” Frya says.

Although her voice first featured in the theme song of the drama series, Frya describes her initial reaction to hearing herself as “mind-blowing” and “surreal”. “What I did when I first heard myself in the theme song was that I went to my room and jumped up and down for close to 30 minutes until I tired myself. By me doing so, it helped contain my excitement and be able to come to terms with what was actually happening.”

With her wish to have her name known in the music industry, in 2019 life changed for the better for the Zimbabwean-born singer/songwriter when she was spotted by a producer who was keen to put her voice to good use.

“The way that the whole music journey started for me was when I started posting covers of songs on Instagram, and when I covered Adele’s One And Only, a producer from SABC 1 sent me a direct message expressing how wonderfully I sang. He then asked me whether I’d be open to sing on their new show called Side Dish. We met up for a meeting, he told me the idea for the show, I then wrote a song and recorded it, which ended up being the title track for the show,” Frya says. “I think that was the first thing that made me think that I can actually become a well-known singer.”

With her voice making its first debut on the national broadcaster’s mini-series, Frya started getting interest from various television shows for more of her music.

With her future in the music industry seemingly looking bright for the vocal powerhouse, Frya hopes people will gravitate towards her new album, Balance, which is currently up for pre-order and set for full release on October 22.

Blanco became an overnight sensation after his debut on Boity's reality TV show, Own Your Throne.
S Mag
2 weeks ago

Fashion designers to capture the spirit of the contestants’ childhood memories.
S Mag
2 weeks ago
Next Article