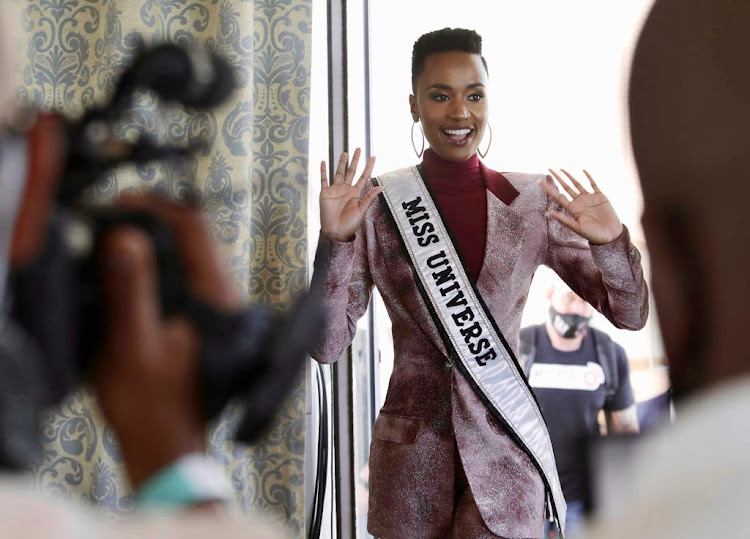 For Zozibini Tunzi, August 9 is a reminder of her Miss SA crowning in 2019, a title that propelled her to Miss Universe that December.

As the nation celebrated Women's Day and the contribution of past freedom fighters, Tunzi expressed her gratitude to the women for laying a foundation for her to pursue and realise her dreams.

“Today also marks two years since my Miss SA crowning. It's a beautiful day to have my dreams realised, because I am aware that I would not be where I am if it wasn't for the women who came before me. Today I celebrate them. I say, thank you for being,” she shared on Instagram.

Tunzi had the longest reign as a Miss Universe. She was crowned in December 2019 and served until May this year, due to the Covid-19 pandemic which saw the closure of international travel and ban on events globally.

She won many hearts with her outspoken stance on several social issues, including gender-based violence and women empowerment.

During her crowning moment on the Miss Universe stage, Tunzi's message about diversifying beauty resonated with many around the world.

“I grew up in a world where a woman who looks like me, with my kind of skin and my kind of hair, was never considered to be beautiful. And I think that it's time that that stops today. I want children to look at me and see my face, and I want them to see their faces reflected in mine,” she said.

Tunzi will not disappear from the public just yet.

In June, she said she was working on several projects including TV and music. She would not go into detail about these due to non-disclosure agreements.

Which Miss SA finalist has your vote?

Do you think this doll looks like Zozibini Tunzi?

The former Miss Universe has hinted she is working on a few things, including television and pursuing music.
S Mag
7 months ago

Zozibini Tunzi is the longest-reigning Miss Universe and has held the title for a record of 467 days and counting!
S Mag
10 months ago

Zozibini Tunzi and Nomzamo Mbatha have shared pictures of their younger selves and how education armed them in their pursuit for the stars.
S Mag
1 year ago
Next Article