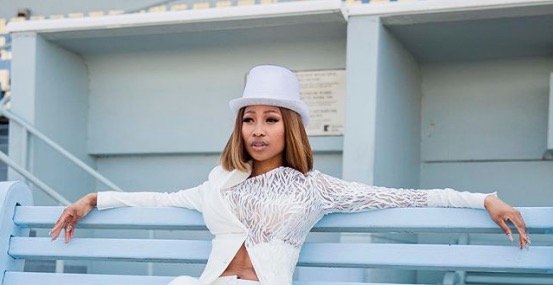 The 15th SA Film and Television Awards (Saftas) followed the script of many international awards ceremonies in the Covid-19 era with its mash-up of live presenters and virtual attendees.

The red carpet, which was live-streamed on YouTube on Saturday, was hosted by TV personalities Lasizwe Dambuza and Lerato Kganyago.

Rather than celebs showing off their loungewear from, well, their lounges, our A-listers really put in some effort. Several enlisted the help of makeup teams, stylists and professional photographers to help them flex their fashion muscles.

Here’s who stood out for all the right — and wrong — reasons:

And the winner of the red carpet goes to ... Enhle Mbali Mlotshwa. The actress put on a Kardashian-esque fashion show for the occasion, modelling several outfits by Quiteria Atelier. As she quipped on Instagram, “Why choose one dress when you can wear them all?”

Our favourites were the double-breasted coat and the ball gown, both of which embellished beaded tassels and paired with short gloves. These looks were not only the epitome of chic, but something we haven't seen on a local red carpet before.

The styling was equally good. Her short bleached hair and barely-there makeup allowed her clothes to do all the talking, proving the point that minimalism isn’t the lack of anything, but the perfect amount of everything.

Actress Zola Nombona gave us serious Rihanna 2011 vibes — in all the best ways.

We do love a one-shouldered silhouette, but it’s the 'overflowing' skirt and rich fabric of this Quiteria Atelier gown that got our pulses racing. The colour and metallic sheen of the material is so indulgent, it's like looking into a lake. Luckily this helped to draw attention away to the 'granny's curtains' nature of that floral print.

The contrast of the star's red locks against all that blue is striking, but her heels are a let-down. Why are so many celebs adamant about wearing boring, outdated sandals? We would have loved to see Nombona in a chunky block heel in black suede; it would have been the perfect youthful complement to that playful hairstyle.

It seems like tassels are the trend du jour and we’re loving it.

Real Housewives of Durban star Ayanda Ncwane sported a gown from Gert-Johan Coetzee’s 2021 haute couture line — it’s bright, flirty and fits her like a glove. We adore the mix of textures in this creation and how each one subtly flows into the next giving us African sunset vibes.

Her smokey red-eye and beautiful braids set this look off to perfection, but as it was masterminded by a stylist to the stars Phupho Gumede we wouldn’t expect anything less.

While the various textures incorporated into Ncwane’s gown flowed effortlessly into one another, here the use of contrasting materials feels heavy-handed.

Though we’re fans of the silhouette of this jacket and full skirt ensemble, when you add that colourful hair to the mix the look becomes top-heavy with too many different elements vying for attention.

Of course, we can’t comment on this outfit without commending Dambuza for pushing fashion boundaries and helping to normalise gender-fluid fashion. Bravo!

Some celebs pushed the envelope with their #Saftas15 looks, Lerato Kganyago seems to have done the opposite.

There’s something a little too Miss SA 2012 about this Gert-Johan Coetzee creation. The colour and that beaded shoulder piece give this dress ‘mother of the bride’ vibes, and that metallic sandal should have been more sleek and streamlined.

That said, the star's makeup and hair were flawless.

Dineo Langa may have co-hosted the award ceremony, but we won’t be giving her any trophies for this outfit.

This red number, which is reminiscent of the salsa dancing emoji, swamped the actress in fabric.

This kind of dress needs to be the centre of attention with the styling fading into the background but Langa’s wavy locks, no matter how fabulous, just added to the overall chaos.

The designer gave us a sneak peek into his new collection.
S Mag
5 months ago

Diversity and a vocal anti-gender-based-violence stance took centre stage at the inaugural Ebubeleni Fashion Show in Gqeberha on Friday.
S Mag
5 months ago

Thebe Magugu: Designing his dreams, despite the odds