'Shame is destructive': Billy Porter opens up about living with HIV 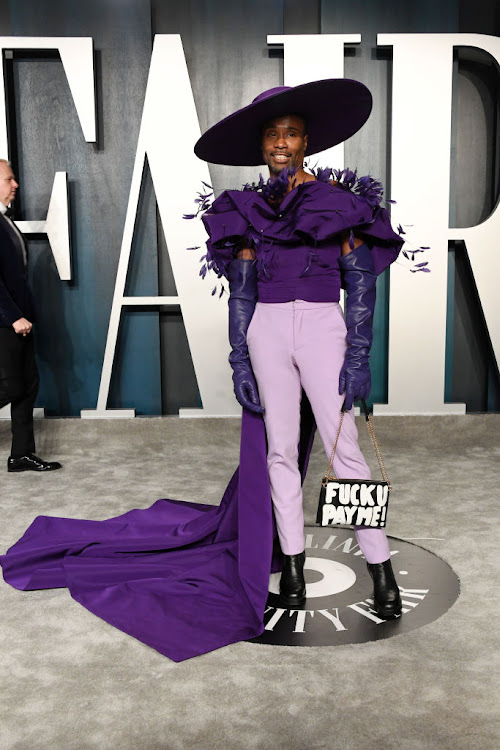 American actor and style icon Billy Porter had been using Pray Tell, his HIV-positive character on the FX series, as his proxy to tell his story.
Image: Jon Kopaloff/WireImage/Getty Images

American actor Billy Porter dropped a bombshell on Wednesday night when he disclosed his HIV status for the first time since being diagnosed more than a decade ago.

In an exclusive interview with The Hollywood Reporter, the actor narrated the events from when he was first diagnosed 14 years ago.

“I have to start in 2007…. in June of that year, I was diagnosed HIV-positive. The shame of that time compounded with the shame that had already [accumulated] in my life silenced me, and I have lived with that shame in silence for 14 years," he told the publication.

"HIV-positive, where I come from, growing up in the Pentecostal church with a very religious family, is God's punishment."

The 51-year-old explained how he used his character on Pose as a "surrogate" for his status, as nobody involved with the show had any idea he was drawing from his own life.

Porter explained that shame compelled him to hide his condition from the cast members, co-workers as well as his mother. However, he says he is shifting from that narrative and has taken responsibility by speaking out claiming that, "The truth is the healing”.

Porter said the pandemic forced him to take a step back and reflect on his life, explaining how he is now ready to tell the world: "This is what HIV-positive looks like now".

"I survived so that I could tell the story. That's what I'm here for. I'm the vessel, and emotionally that was sufficient—until it wasn't," he emotionally said. "It's time to grow up and move on because shame is destructive— and if not dealt with, it can destroy everything in its path."

Award-winning actor Idris Elba shares his thoughts on Africa and lessons he has learnt.
S Mag
3 weeks ago

Are you ready for Bongani Fassie's reality TV show?
S Mag
3 weeks ago

The rumour mill has the streets stressed that the beloved actor will be leaving the show.
S Mag
3 weeks ago

Relebogile Mabotja re-lives the emotions she had during childbirth.
S Mag
3 weeks ago

Oprah's message to Thuso Mbedu will remind you that dreams can come true!
S Mag
3 weeks ago
Next Article