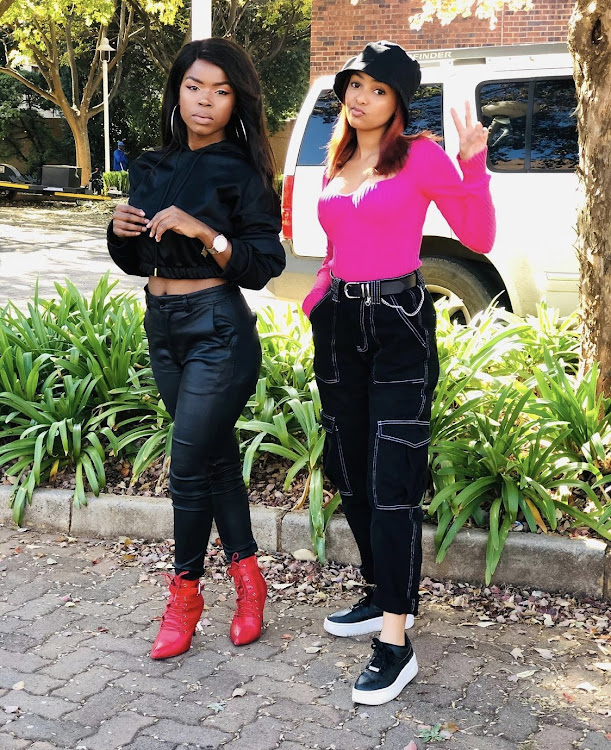 Recently, we were treated to a first in Idols SA history as Gallo artists and seasons 14 and 13 winners Yanga Sobetwa and Paxton Fielies released a new song together called Catch Me.

Already standing at over 100 000 views (and counting) on YouTube, Catch Me is a song that centers around the power of young love and being there for each other through thick and thin.

While we all know them for their formidable singing skills, what we don’t know, however, is what really makes them tick. Here’s what they had to say to some of our fun questions.

If you weren’t afraid, what would you do?

“Probably learn how to swim because I don’t know how to… the reason is I’m too scared of water,” Paxton replies.

“If I was not afraid of animals… I would get a dog. I’m scared of dogs and other animals. I don’t want them to touch or lick me, no– gosh, I don’t like them!” Yanga adds.

What always makes you laugh?

“Oh my gosh! I find humour in everything. Even thing people don’t find funny. Like, I have nervous laughs, frustrated laughs, angry laughs… I laugh at everything. I think it’s more of a coping mechanism for me,” Yanga explains.

“I am the total opposite of her. I won’t laugh at everyone’s jokes… I don’t gel with a lot of people nor do we get each other’s humour, so when I find those people I hold on to them too tight,” Paxton replies.

Is there a secret talent you have people don’t know about?

“Is it secret? Because I’ve put it out there and people know it. Acting is something that I think I’m good at and I’m also good at putting on making up like the pros… as you can see,” Yanga jokingly responds.

“I can do impersonations, I’m not that good nor am I bad but I can do a really good impersonation of Britney Spears,” Paxton adds.

What’s the worst lie you ever told?

“I can’t lie because I carry my emotions on my face and people will know that I am lying but my mommy always knows I am telling a lie,” Paxton says.

“For me, well, I’ve told a lie that I’ve never dated. I always say that I haven’t but I have. The reason why I lied is that I felt at the time that it was not anybody’s business!” Yanga responds.

Do you have a favourite thing to do before going to bed?

“Firstly, I like saying my prayer and then reading a good book,” Paxton says.

“I also prefer to pray before going to bed and then after my prayer, I like to play ASMR rain sounds to help me fall asleep because I sometimes struggle from anxiety and insomnia,” Yanga adds.

If you could pause any moment in your life, which moment would it be?

“The moment I got a notification that said I have a million rand in my account… ha! I could pause that moment forever and ever!” Yanga jokingly replies.

“For me, it has to be my trip to Russia– that was so significant to me. Because I was like, why do they want me there because that’s kinda awkward?! I kept asking myself what is it about me because I was the only one they chose from Africa to join the festival which was so insane for me,” Paxton says.

What makes you grumpy?

“People who don’t use their common sense usually make me quite angry/grumpy. Like, I don’t think we need to use our brains to think for someone. Something are just quite simple to figure out. Also, there’s Google that can help,” Yanga says.

What personal feature are you most insecure about?

“Hmmm! I wouldn’t necessarily say I hate or am insecure of any physical feature of mine but there are some attributes I wish I didn’t have. However, I am working on trying to be less loving because I have a big heart and sometimes the wrong people take advantage of it,” Paxton replies.

“I also don’t have a physical feature that I’m insecure about but what I hate about myself is having social anxiety. Just the fact that I have to pass by people and say hi, I overthink it. And you know what’s weird before I got famous, I didn’t have social anxiety. I only started having it when I got into the industry and it stems from everyone always critiquing me,” says Yanga.

What is the most important lesson life has taught you?

“I think character over everything. Like, you need to remain rooted; your character will take you a very long way. Although it might take you some time but stay as you are,” Yanga says.

“A lesson life has taught me is that mental health is very important,” Paxton replies.

If you had one day left to live, how would you spend it?

“I’d make sure I love each and every person around me. I’d try to spend every second trying to show them that I love them,” Yanga replies, with Paxton reiterating the same sentiment.

These three rappers are some of the most business-minded players in the music game.
S Mag
8 months ago

These females celebs are making big money moves in the alcohol industry!
S Mag
8 months ago

Diversity and a vocal anti-gender-based-violence stance took centre stage at the inaugural Ebubeleni Fashion Show in Gqeberha on Friday.
S Mag
8 months ago

The face of vitiligo continues to be challenged in mainstream media as discourse about the rare skin takes centre stage.
S Mag
8 months ago

“As a visual artist, there are only a couple of spaces that mean pivotal things for your career,” says Loyiso Mkize.
S Mag
8 months ago
Next Article