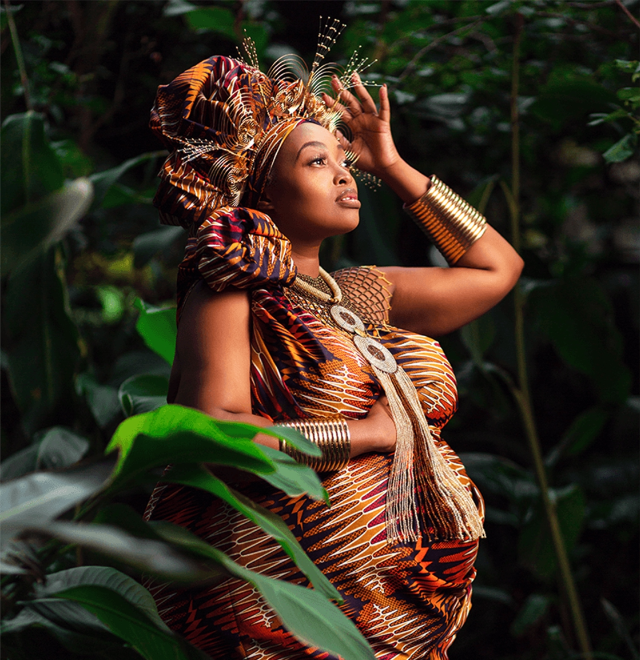 Relebogile Mabotja recounts her traumatic experience when she was giving birth to her son.
Image: SUPPLIED

“Nothing in the world could have prepared me for this moment…” were the leading words on an Instagram post by media personality and new mother Relebogile Mabotja, who recently opened up about nearly losing her newborn baby boy during birth.

Last week, she shared news of her son's birth, but has since revealed how the experience was a taxing one.

In a recent touching Instagram post, the TV and radio personality opened up and detailed the traumatic and heartbreaking experience she went through in the delivery room when she almost lost her newborn son while giving birth.

In the heartfelt post, Mabotja revealed that nothing went as they had hoped, meaning they had to prepare an emergency plan that helped save her son’s life.

“So much went wrong in the buildup. It was an emergency we didn’t anticipate. We could have lost you again,” she says in her heartfelt post.

Despite her traumatic experience, the former Rhythm City actress expressed gratitude that she is finally a mother. “The day you were born is the day I as your mother was born, and I will never be the same again,” she emotionally said.

While Mabotja didn’t disclose what precisely went wrong during her son’s birth, in a previous interview with IOL the TV personality opened up about having fibroids.

The rumour mill has the streets stressed that the beloved actor will be leaving the show.
S Mag
4 weeks ago

Oprah's message to Thuso Mbedu will remind you that dreams can come true!
S Mag
1 month ago

Are you ready for Bongani Fassie's reality TV show?
S Mag
4 weeks ago

The sky is the limit for 29-year-old Thuso Mbedu who is the toast of the town in Hollywood!
S Mag
1 month ago

The designer gave us a sneak peek into his new collection.
S Mag
1 month ago
Next Article