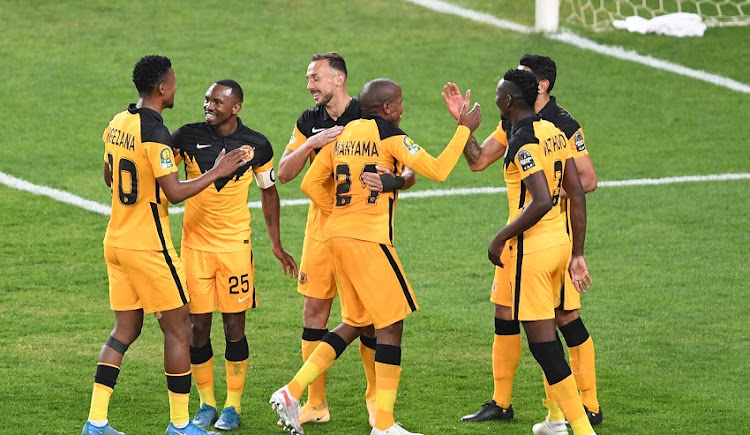 Kaizer Chiefs are bracing for shenanigans in the second leg of their Caf Champions League quarterfinal against Simba SC in Dar es Salaam‚ Tanzania on Saturday.

Chiefs’ marketing director Jessica Motaung has said the club are “very concerned” there will be dirty tricks and gamesmanship surrounding the game‚ where Amakhosi take a commanding lead into the game from their 4-0 win at FNB Stadium on Saturday.

Motaung said she hoped members of Chiefs’ travelling squad‚ who leave on Thursday‚ do not suddenly produce negative Covid-19 tests on arrival in Tanzania.

Among concerns and suspicious activity Chiefs’ intelligence has raised are that Simba have apparently repeatedly asked where the Soweto giants will be staying‚ and a particular hotel has contacted the club on numerous occasions asking to they be Amakhosi’s base.

Motaung admitted that a place in the semifinals of the continent’s premier club competition would come as a welcome success in a sixth successive season without silverware where Chiefs are in 11th place in the DStv Premiership with three games remaining.

“There’s always a silver lining‚ and certainly what we’ve done in the Champions League is wonderful and I’m excited about it. It’s not going to be easy and it hasn’t been an easy journey‚” she said.

“I’m very concerned about the potential shenanigans we may face where we are going. But that’s not going to distract us.

“What’s important is for the team to continue being focused – the foundation’s been laid. Very good game on the weekend.

“And the team have to do well. We’re not going to allow ourselves to be distracted by what could potentially happen.

“But it would be unfortunate if we suddenly had negative Covid results – we haven’t had those [so far in the competition].”

Chiefs previously had not reached the group stages of the Champions League. They have experienced some gamesmanship along the way to the quarters‚ notably against Wydad Casablanca in the group stage.

Motaung said Chiefs have heard things about the reception that Simba‚ who will allow 10‚000 supporters in the 60‚000-capacity Benjamin Mkapa National Stadium‚ give to visiting teams.

“I’ve heard many things you guys have heard. But it’s unfortunate you know – people play tricks and some teams have certain agendas‚” she said.

“But for us what’s important is to make sure that there’s fair play.”

Motaung was not giving anything away asked if Chiefs have communicated with Al Ahly’s South African technical staff on what to expect in Tanzania. Pitso Mosimane’s Egyptian giants Ahly lost 1-0 to Simba in Dar in the group stages.

“We continue to be diligent in our investigations – that’s all I can say‚” she said.

“But the main thing is the work that needs to be done on the field. And‚ like I said‚ great foundation [in the first leg]‚ so we can deal with whatever comes.”