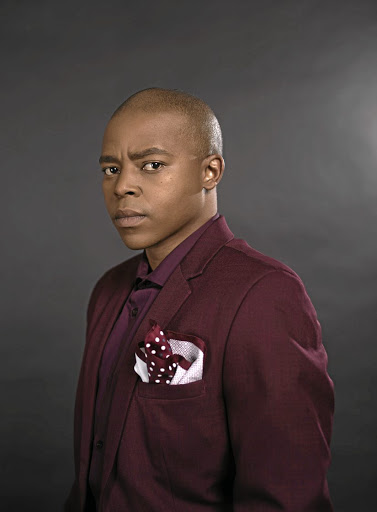 Loyiso MacDonald is set to leave 'The Queen'.
Image: Supplied.

If you’re a fan of Mzansi Magic’s hit telenovela, The Queen, we think you might need to grab your box of tissues for this one.

Word on the street is that esteemed actor Loyiso MacDonald, who has been playing the role of Kagiso Khoza for the past five years, is set to make his exit on the hit telenovela soon.

The news of MacDonald’s exit was first sparked by a report made by entertainment commentator Phil Mpela on The Tea Alert that revealed that the actor has decided to quit the show and was ready to move on.

While many were skeptical whether the news was true, MacDonald did not dispute the report of his exit when a fan praised him for slaying his role and wished him well with his future endeavours.

Thank you so much!

Since then, fans on Twitter have been flooding the timeline with sad messages about the possibility that their favourite character, Kagiso aka Sgaqagaqa, will not be a part of season 6 of the telenovela.

MacDonald's possible departure is preceded by actor Xolani Mayekiso who took his last bow on the telenovela two weeks ago with a heartbreaking scene.

Are you ready for Bongani Fassie's reality TV show?
S Mag
4 weeks ago

From the shift in grooming through the lens of male aesthetics to tackling the art of manscaping, the bros need some self-love too.
S Mag
1 month ago

It's all about wellness and sustainability at The Nest Space.
S Mag
4 weeks ago

Bit of a techie at heart? Here are 5 gadgets to add to your wishlist

A techie's paradise as we round up five must-have gadgets.
S Mag
4 weeks ago
Next Article