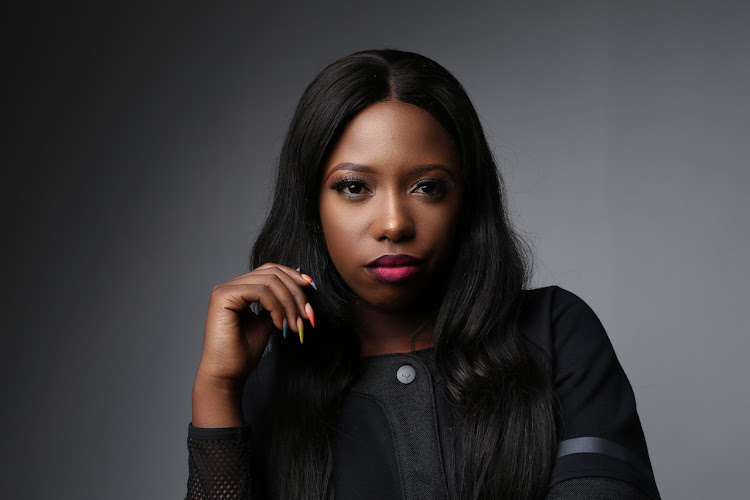 Rapper  Genesis "Gigi Lamayne" Manney has revealed that she and her team were hijacked on Wednesday night.

The rapper shocked her thousands of Twitter followers when she revealed that she jumped out of the moving vehicle with her phone in her hands during a hijacking that seemingly occurred just after 10pm.

Although it "wasn't the safest thing to do", Lamayne believes she had no other choice but to run away.

While seemingly still in a frantic state, in a tweet, Lamayne urged her followers to be on the lookout for their 2019 Hyundai H1 and shared its license plate number.

A couple of hours later the rapper gave an updated that the vehicle had been found.

In a video shared on her Twitter account, an overly excited Lamayne expressed joy that their vehicle was found. She can be heard saying: “Guys, the power of God. The power of ancestors. The car was found and they thought that they were taking out the tracker," she said.

"We literally found the damn car. If this is not my ancestors and God, I don’t know what this is… the tracker people were used by my ancestors to find this car.”

Update : it’s been found ! Thank you so so much ! pic.twitter.com/0yJm5NHPvx

Detailing her horrific experience, the rapper shared how she had also feared being violated.

“He wanted to rape me as punishment for throwing my phone into the bush. Take the car broer. Just leave me intact.”

I ran for my life cause honestly I told him to kill me before trying to violate me. Rather take the car. You won’t take my dignity though. And guess what ? I know for a fact a higher power protected us tonight.

Despite her traumatic experience, Lamayne expressed how grateful she was that none of her team were hurt during the ordeal.

As much as we found the car, I hurt my ankle , none of us were hurt. I can’t imagine anyone who else who has been hurt, killed, raped . Never thought it could be me. Be safe, pray before you go to work. It’s real.

Relebogile Mabotja re-lives the emotions she had during childbirth.
S Mag
5 months ago

It's all about wellness and sustainability at The Nest Space.
S Mag
5 months ago

Oprah's message to Thuso Mbedu will remind you that dreams can come true!
S Mag
5 months ago

Are you ready for Bongani Fassie's reality TV show?
S Mag
5 months ago

The rumour mill has the streets stressed that the beloved actor will be leaving the show.
S Mag
5 months ago

The sky is the limit for 29-year-old Thuso Mbedu who is the toast of the town in Hollywood!
S Mag
5 months ago
Next Article