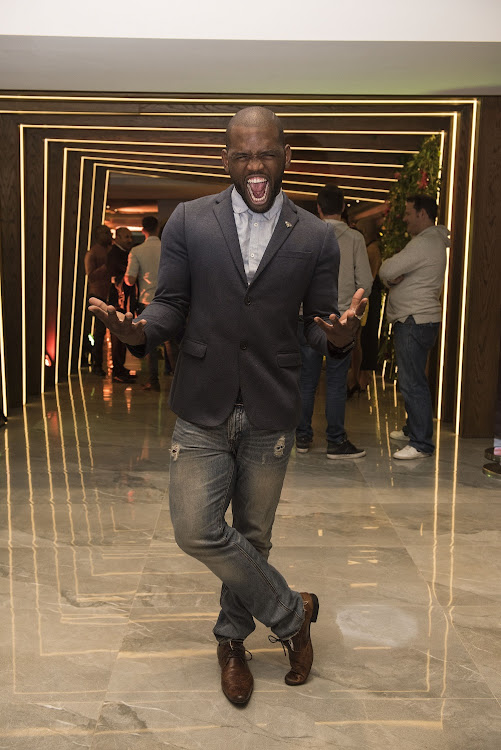 Noted as one of SA's most dynamic personalities, who's never afraid to speak his mind, actor Sivuyile "Siv" Ngesi has opened up about the consistent hate and criticism he receives on social media.

Despite his impressive career in the industry thus far, Siv has often found himself on the receiving end of conversations where people judge some of his decisions, one of which is his drag queen persona, Sivanna.

While many people continue to have a say on the things he does, he has set the record straight on what's fact and what's not in a few of our true or false questions.

"False. I don't really like tackling complex issues, I just like speaking my truth and not someone else's truth but my truth... if those particular topics are complex then they are complex.

But for me, I am all about going from point A to point B and point C and unlearning these complex issues we call the truth. I am always willing to challenge myself and I am not scared of being wrong, that's the best lesson I've ever learnt in my older age."

You get touched when people troll you on the net?

"False. Let me tell you something what people think of me has nothing to do with me at all. Like, when was the last time you saw an Eagle flying with pigeons?

When last did you see a Lion giving a damn about what buck had to say? Well, at the end of the day for me, it means when you're doing something with your life people will always have something to say,... I believe that if no one is hating on you, you ain't doing it right!"

"True. People judge me in what I have to say because sometimes I am like that painful thorn that's in people's foot. They know I will continually say my truth whether I care what people think or say.

Even if there are ten people in a room and nine disagree, I don't mind disagreeing with them I must be truthfully honest but a lot of people judge me for that. It has also definitely affected my work positively and negatively."

You are not scared of anyone?

"True. No I'm not scared of anyone, I don't care who you are or where you come from. See, I treat life like I treat fist fights... I'd never start a fistfight but if you come at me first, I'll come at you harder. So, even if you're bigger than me or a stronger fighter than me, I'll still give it a shot.

You see your drag queen persona Sivanna as a way to show how homophobic SA is?

"False. No I didn't create Sivanna to make any point. She's not an activist. I've always wanted to do drag. I've always been passionate about drag, people have always known that about me but I'm not trying to make a statement at all. I just want to be a man in a dress and makeup when I want to and from there I can go pole dancing and then I can box and play rugby.

I want to be able to teach young boys that they can be anything they want, what people think of you has nothing to do with you. I just want to wear a dress and I want to live in a world where you can just wear a dress and people don't need to think that 'he's trying to make a statement".

Although Sivanna has been around for just two months, she’s getting a lot of attention for all the wrong reasons?

"True. Sivanna has been around for two months and she's definitely getting more love than hate. I think the people that hate Sivanna, it's because the haters are always the loud ones.

I believe Sivanna will be one of the greatest drag artists to ever be seen in SA and I'm looking forward to it and I am willing to show the haters that she's here to stay and they must just see her doing backflips and high heels and blowing people's minds out the park, but she's not going anywhere!"

Sivanna is being favoured more than other drag Queens because of your influence as a well-known personality?

"True. Sivanna is getting a lot of hate because I am a heterosexual entertainer who has a lot of haters. So, haters have been the best kind of publicity... they have been kinda my "steroids" that make me go harder and better, so I love them. But, I think no one would be hating on Sivanna if she was ugly, no, Sivanna is hot as hell. She's got hips and she's beautiful and she's out there."

You are an attention-seeking individual?

"Ah! This is an interesting question.  Well, false, I think when I was younger, I was definitely an attention-seeking individual but as I grew older, I think the attention really followed me.

But now, I just want to be heard and I want to change lives and if I have to get attention to change lives then I will definitely go out for attention then. Currently, my only mission is to make sure if I could change one life per time and if it means getting stares and people look at you then so be it!"

You are gay or bio sexual?

But now, because of this drag thing, it's definitely opened up a can that I've had to explain more that I'm actually heterosexual, but I will never ever in my life answer someone who asks what my sexuality is if they're making the other side 'negative'.

And to answer your question, no, I am not fabulous enough to be gay!"

You feel like your efforts, be it helping out those in need or bringing an understanding to the LGBTQI+ community, are recognised?

"I don't think I need to be recognised for the good that I do... at the end of the day, it makes me feel good and just to know that people out there who are in a different position because of me makes me happy even if no one knows I am involved in any charity work."

We answer all your burning questions in a game of "True or False?"
S Mag
10 months ago

Lasizwe gets real and personal with these true or false questions.
S Mag
9 months ago

'DMX was very gracious', says woman who sat next to him on a flight to San Diego.
S Mag
9 months ago
Next Article