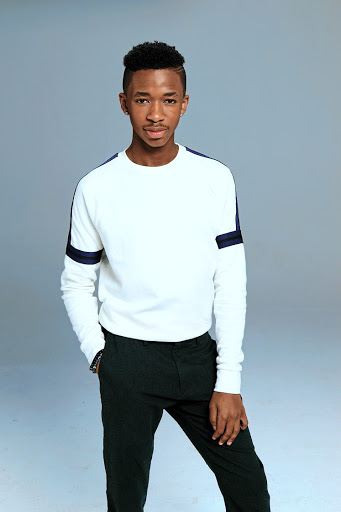 YouTuber and comedian Lasizwe Dambuza gets candid with some true or false questions.

From becoming an overnight online sensation to being one of the bettter-known names in the entertainment industry, Lasizwe, has revealed that there's more to him than his funny YouTube skits.

Ever since creating the first skit that gained him the following he has today, Lasizwe has had his fair share of inaccurate information hogging the headlines over the years.

In order to come correct with what's fact and what's not, we caught up with the YouTube sensation and asked him a few true or false questions.

You were born into a wealthy family?

"False, my daddy was rich but he wasn't a part of my life growing up. He was sometimes there financially but I was born in a middle-class family where you had to wait for special days such as birthdays or Christmas to get gifts."

You knew at a younger age that you were a part of the LGBTQI+ community?

"True baby! True! I knew from the get-go, when things started making sense, that girl: I'm gay. There was no doubt about that!"

Before your mother passed away, is it true that she had a difficult time accepting that her son was gay?

"True! My mother had serious difficulties accepting me because she was one of the most conscious people on what people were going to say about her son and she was quite highly-esteemed in the community. So, she was like 'Oh my gosh, I can't have a gay son, what are people going to say?'... so that was her main concern."

Do you solely believe school is indeed a bore?

"And, that's why in school I didn't perform as well as I could've, I know myself, I am an A-student and know I could get 80% but I chose not to get 80% because I knew what I wanted and school wasn't what I wanted. When I matriculated, I was going to study in varsity because my mom had promised me that I was going to go to film school and do what I love but unfortunately, she passed away and I told myself I was going to do my thing and tried YouTube skits."

Your father was your role model?

"True. Growing up, I looked up to my father so much. He was an icon to me and he still is. I mean, he was a successful businessman who owned taxis and franchises. And I aspire to be like him hence I grind and push myself this much!"

The #R10GoesALongWay initiative you did recently was sparked by the empathy you had towards struggling students?

"True! I realised I needed to help students fight for what is right which is their education. I believe education is a basic right and everyone is deserving of it."

You use retail therapy as a coping mechanism?

"True and false, because I am very conscious of what I spend my money on... and, I got this thinking from my parents. My dad was one person you had to explain 500 times why you needed something, and with my mom. So, I always try to explain to myself 500 times why I want something before I buy it."

You believe in the notion "family over anything"?

"True and false, because I believe in the saying that 'you make your own family', family isn't only blood but can be found in the streets'. I've built such a strong foundation of my family from my friends such as radio personality Ayanda MVP, who I consider as my next-of-kin. She is someone who I can call on when I am in desperate need or in a celebratory mood and vice versa. And also, with regards to my family, my sister actress and TV personality Khanyi Mbau and my other siblings who are super supportive of me and what I do. They are people who I value in my life."

"False, I believe in true love. I believe in indoda. I've taken an executive decision to date myself until I am ready to allow someone's son into my life. I think I need to experience what self-love is... I want to treat myself how I want to be treated, that way I don't tolerate things I shouldn't tolerate."

Your YouTube skits are what helped solidify your name in the industry and helped you be the name that you are?

"True and false! I think I was one of the first people in SA to break the boundaries of the stereotype of a guy wearing a wig. Because five years ago I was heavily criticised for my skits, I was told I was not going to make it and consistently asked what I was doing and why I was interpreting women instead of men.

But [at the time], I told myself that I was not going to give up and made sure no-one dictated my narrative and journey. Fast forward to today, how many men are you seeing wearing wigs and doing something similar to what I am doing? So, for me, it feels like we are now living in a more liberating time where it's okay for a guy to wear a wig."

Who is related to whom? Celebs and their famous relatives

Here some of SA's famous people and those to whom they are related.
S Mag
1 year ago

Thandi Gama coining it with her beauty range on YouTube

Prior to the democratisation of work opportunities in SA, very few youths were afforded a chance to pursue their dreams.
Good Life
1 year ago

Tyson has done theatre but this is his first TV gig.
S Mag
1 year ago

Wearing a power suit can both be fun and sexy.
S Mag
1 year ago

Lalla brings Japan, SA together via her online series

Lalla Hirayama explores fascinating aspects of the beautiful relation between the two nations, SA and Japan.
S Mag
1 year ago

Mihlali Ndamase has mastered the art of pulling together simple looks that are packed with regal flair.
S Mag
1 year ago
Next Article