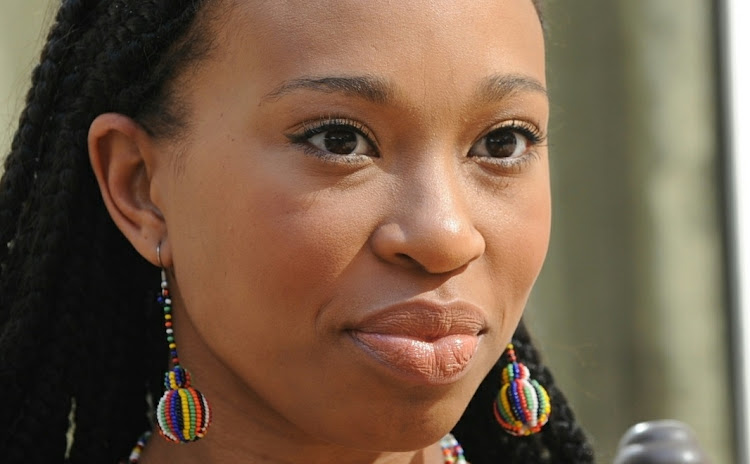 US-based actress Nondumiso Tembe has opened up about how heartbroken she is at the death of her younger cousin Anele “Nelli” Tembe.

Nelli, who was engaged to popular rapper, AKA, died on Sunday morning. The 22-year-old apparently fell from the 10th floor of a Cape Town hotel, and police are still investigating the circumstances surrounding the death.

Nondumiso shared a picture on Instagram of the cousins kissing, stating: "words fail me right now."

In her touching message to Nelli, whom she referred to as "my baby," Nondumiso expressed how she and their family will forever hold her in their hearts. She also went on to thank those who have sent messages of support to the family.

Cameron described Nelli as a "person full of youthful energy and oozing potential".

My heart is shattered to lose such a beautiful young girl. A person full of youthful energy and oozing potential - @...

Born and raised in Durban, Nelli attended the prestigious Durban Girls' College. In a tribute for the alumni, they shared a Facebook post where they revealed that she would be remembered for her "tenacity, vibrant energy, intelligence and amazing culinary skills".

The staff, teachers and entire community of Durban Girls' College old girls are deeply saddened to hear on Sunday...

Although the information surrounding Nellie's death is still unknown, she was seen loved up with AKA the night before her fatal fall.

Fans of the rapper have also taken to social media with messages of support who is yet to make a personal statement around the tragedy.

5 special moments between AKA and his late fiancée Nelli Tembe

On Sunday a blossoming love story came to a tragic end.
S Mag
1 month ago

Families in shock after hotel death of Nelli Tembe, fiancée of AKA

Tembe apparently fell from the 10th floor of the hotel early on Sunday morning.
News
1 month ago

Here are five things AKA regrets

Here are the list of things AKA regrets.
S Mag
5 months ago

From politicians to media darlings, Mzansi is not short of people Oprah can have a chat to.
S Mag
2 months ago