Lalla brings Japan, SA together via her online series 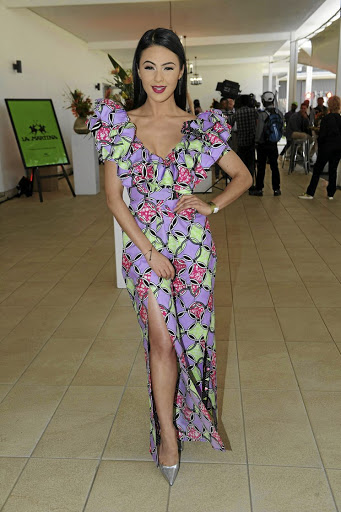 Being half Japanese and half South African, TV personality Lalla Hirayama is paying homage to two nations that helped birth her through a new YouTube series.

The series, called Sharing The Sun, is made together with the embassy of Japan.

Having been in the entertainment game for a while now, the 33-year-old TV personality is seen exploring the relations between SA and Japan through the 13-part YouTube series that provides a platform to showcase successful economic partnerships along with many other fascinating aspects of the two nations.

While many might think luxury and entertainment which she’s usually known for, in an interview with SMag, Hirayama refuted the notion and described the series as more of a serious informative platform, and alluded to it as a guide to South African and Japanese relations. She also made mention of the things she explores on the insightful series, namely: the different skill traits, education and development, business and cultural exchanges, food and lifestyle possessed by the two counties.

“You know I am half Japanese and half South African, both my countries have such a deep respect for one another and I don’t think a lot of people realise the incredible relationship that these two countries have… exploring what Japan has to offer has really been something I’m glad to finally be able to talk about,” Hirayama remarks with enthusiasm in her voice.

“Japanese are known for being really humble, and they usually don’t really talk about the things that they do but I like to kind of talk about these things and also want to explore more about my culture. Even though I do have a connection to Japan and SA, I’m sure there’s even more that I will get to explore.”

Hirayama highlights that being so immensely proud to be from both cultures, the show will also see her exploring the different projects that SA and Japan have been working together on.

“Projects such as gender-based violence (GBV) and work with the UN. In our fourth episode, we get to help people who are interested in working or studying in Japan – this show is really good to look at as there is really some good content on what’s really happening in Japan.”

Having been raised in SA, the former Vuzu presenter recounts the difficult times she had when a lot of people could not relate to her based on how she looked.

"I was teased a lot with my eyes but as I grew up it has really been a strength of mine because I used to hate who I was – because I was misunderstood and shunned by everyone because no one could relate to me and I couldn’t relate to them.”

Although she was misunderstood growing up, Hirayama said she had since embraced who she was and the two countries that she comprises of.

“I see now, people are more curious about the Asian culture because they are pretty much staunch and set in their ways. They [Asians] can enjoy some modern technology, school but they will always stay true to their culture and tradition and follow some of the rituals of their ancestors and are able to blend that really well.”

In the fourth episode of the series, the TV personality sat down with renowned SA-born rapper, songwriter and producer Nasty C, who expressed his love and adoration for the Japanese culture.

"I am sorry to know that it angered people," Lalla said
Entertainment
1 year ago

WATCH | A moment with Lalla Hirayama

We took a short walk with Hirayama to ask her eight questions that would help everyone to get to know her more.
Entertainment
1 year ago

Lalla is out here doing the most.
Entertainment
2 years ago

Nadia Nakai, Moozlie & Kobe Bryant: see what your fave celebs got up to this weekend

This is what your favourite celebs got up to this weeekend.
S Mag
3 years ago

To mark 100 years of relations between Japan and South Africa, we chose 5 times Lalla Hirayama gave us life in 2018.
S Mag
3 years ago
Next Article