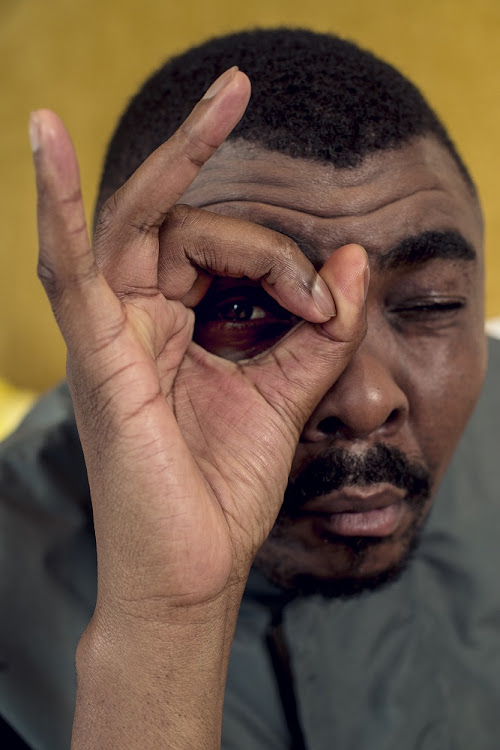 Loyiso Gola is a man of many talents and accolades, and his latest one is no small feat. In a historic move, Gola has landed the first ever African stand-up comedy special on streaming giant Netflix.

Debuting later this month, Unlearning will explore ideas around unlearning the perceptions and behaviours we learnt as children. Gola has been doing stand-up comedy for 20 years and he says bagging a special on Netflix is a good reward to reap in his 20th year of doing comedy. Ahead of his debut, we caught up with the comedian.

Tell us how Unlearning made its way to Netflix?

I’ve been doing this show for almost five years. Netflix approached me after they watched the show and were super keen on releasing it as a one-hour African Original comedy special. I am very excited to bring Unlearning to the African audience and can’t wait for their reaction!

What are some of the themes you feel your audience will enjoy?

I believe people will definitely enjoy consuming the show, however, I don’t like to pre-empt or predict their reactions but rather allow them the time to watch and share their thoughts. It’s a very mixed show in terms of themes that different people can relate to. People are going to watch this across the world [and although] it's a South African show by accident, what I would like people to take away is what resonates for them. I would like to know that themes of ‘unlearning’ can be used by the audience in their own personal experiences.

What advice would you give those wanting to enter the comedy business? Would you recommend it?

I would not recommend it. You have to have that ‘thing’; you can't do it for any other motive other than liking this ‘thing’. If you like the ‘thing’, then everything that happens within that is enjoyable. The rewards come and sometimes they don't, so you just have to keep going if it’s what you love. I am thankful that I can just tell jokes, and I love it. Not everything that you enjoy needs to turn to money – focus on the pleasure of it.

What is your best quality?

I’m extremely lazy. There are people who are extremely entrepreneurial; I just want to do as little as possible all the time.

If you could switch bodies with anyone in the world, who would it be?

I’m pretty happy with myself. I would never want to be someone else – that’s a very dangerous thought. It can take you to a very dangerous alley because your brain is a very powerful tool, so you should always check it; the minute you go ‘I wish I was someone else’, that is extremely dangerous for me.

What’s the last thing you do before going to bed at night?

I don’t have rituals. I don’t even wear pyjamas, I just sleep in what I was wearing. I was going to say switch off my lights, but Eskom is already doing that for me. The one thing I do before I fall asleep is to check if my phone is charging for the next morning because you don’t want to wake up and then your phone is not charged. Also, I have this sleeping app, Sleep Cycle, that I use sometimes and it wakes you up and it records how you sleep and your sleeping patterns and that kind of thing, so I also check if the app is on sometimes.

What is the number one destination on your bucket list?

Japan. I only hear good things about Japan. I want to go check out Tokyo and the other smaller places.

What is the best holiday you’ve ever taken?

I haven’t been on a holiday in the traditional sense of the word [in a long time] but my last really great holiday was in Istanbul. Istanbul has old architecture and there was a texture about it, people cooking on the street, the little small alleys. It looked like a city that was made a thousand years ago and it had gone through a bunch of touches but you could see that this is an old city.

Which is the one song you are embarrassed is on your playlist?

I’m not embarrassed of my playlists, but people would be shocked that I have a Mariah Carey playlist and my Brandy playlist. I’m a huge Mariah fan.

What's the worst purchase you have ever made?

Real estate – it’s expensive and you just bleed money from it. I think it’s one of the worst purchases I’ve ever made. Everyone says it’s a good investment – I don’t really think so. Like the gate’s broken, this is broken, the light. It’s a s****y investment if you ask me.

A telescope. I was [into it] at the time and the person I was dating bought me this big telescope and I could look at stars and stuff.

What did you want to be when you were growing up?

I wanted to play for Orlando Pirates.

You're on death row. What is your last meal?

Listen, if this is my last meal it means I’m going to die. If I’m about to die, cuisine is the last thing on my mind. I don’t care about food if I’m about to die. But maybe I’m over-thinking it. Like my neck is about to be guillotined, hmm, pesto pasta…

What will most people be shocked to find out about Loyiso Gola?

I don’t drive, not at all, not ever. Other than that, I’m very ordinary.

What would you never be caught wearing in public?

What is your pet peeve?

I used to write down my pet peeves. One of my pet peeves is losing my train of thought. It p****s me off to no end.

Unlearning premiers on Netflix on March 23.

The Grammys were filled with a lot of hits and misses, here's who wore what.
S Mag
8 months ago

Tumi Morake shows love to her body with heartfelt letter

'I love you ne my chubby-wubby, my hug me tightly. I know there’s still plenty of mileage left in you yet'
S Mag
10 months ago

Who wore it best?: Mpho Popps vs LeBron James

Mpho Popps got a lot of support, but was it genuine or were tweeps avoiding beef with Americans?
S Mag
1 year ago

Who is related to whom? Celebs and their famous relatives

Here some of SA's famous people and those to whom they are related.
S Mag
1 year ago

The privacy issues around FaceApp haven’t stopped more and more A-listers from using the photo filtering app to get a sneak peek at their future ...
S Mag
2 years ago

The comedian is currently on a national tour, and we caught up with him for a fun 5 minutes
S Mag
2 years ago
Next Article