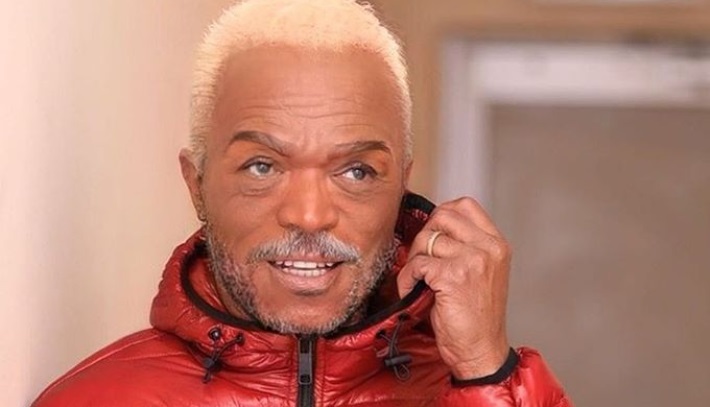 Somizi in a couple of decades: he's still got it!
Image: Somizi/Instagram

Snaps of some of our fave celebrities with grey hair and wrinkled skin have been making the rounds on social media thanks to the #OldAgeChallenge, where you use a Russian photo filtering app to instantly age yourself.

The two-year-old app, called FaceApp, generated more than 100,000 Google search queries in SA on Wednesday. But, as Google SA pointed out in a statement, experts have warned that it may pose a threat to users' privacy as it stores photos on its servers.

That hasn't stopped an increasing number of celebs from using the app to get a sneak peek at their future selves.

Even in old age, the rapper's still got it! She looks like one of those grannies who live by the phrase gug’o thandayo (you're as young as you feel).

My grandkids decided to give me a lil makeover today. Seems like I still got it! ??

Somizi used the filter on photos of himself and his fiancé, Mohale, and we can't get over the cuteness! Also don't they look like those grandfathers who go to stokvel meetings just to flex?

I can’t wait for this day.

Grandma Jones looks like the kind of gran you'd sit with for long hours drinking tea while learning important life lessons. You can practically see pearls of wisdom dripping from her pearly whites.

What you know about a granny ? Telling the grandkids “in my time...”

The comedian is convinced that he looks like Mkhulu Bae, but we'd like to disagree. Judging from the eyes, we’re worried he'll take on the role of the tipsy grandpa at family gatherings.

At least I know how I’m gonna look 40 years from now ??‍♂️ #mkhulubae is gonna be a problem at the old age home, hide your grandmothers ??

The actor looks like the well-informed grandpa who rolls his tongue with ease when he speaks. He'll certainly be asking his grandkids to fetch his reading glasses and the paper on Sunday mornings.