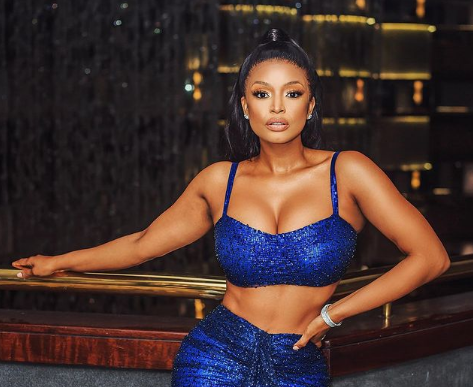 Already in its 24th edition, the South African Style Awards have become synonymous with glitz and glamour.

This year’s awards celebrating local talents with a flair for fashion were handed out at an intimate (read Covid-conscious) ceremony in Sandton, Johannesburg, on Sunday.

In truth, though, these awards aren’t so much about style as they are about popularity. As is the case with many other awards ceremonies, it seems the more followers an A-lister has on social media, the more likely they are to be nominated and win.

Then again, this could be because the SA Style Awards don’t only honour style in the traditional sense. Says founder Jillian Grogor, “Style is knowing who you are, what you want, and possessing the passion and flair to make it possible.”

As such, this year’s list of winners included South Africans in the limelight who show an immaculate sense of style in the way they conduct themselves in their daily lives, who've made their mark on their home ground and have become powerful vehicles for change globally, too.

Politics aside, let’s get to the fashion.

Attendees were asked to dress to fit the evening's theme of “Denim Couture”. Here’s who nailed their wardrobe choices and who failed on the fashion front:

Local It girl Blue Mbombo certainly had a night to remember. In addition to winning the Most Stylish Model award, she won our approval in this outfit, which was the epitome of the evening’s Denim Couture theme.

Mbombo showed off the versatility of denim and its many facets in a bespoke gown by designer-to-the-stars, Sello Medupe of Scalo.

The colour of this dress may not have been our favourite, but the silhouette and fit are impeccable. It was perfectly styled with drop earrings and nude make-up. 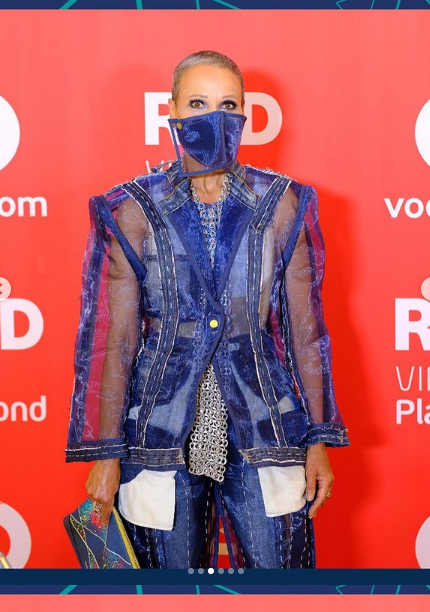 Well-known fashionista and brand owner Yasmin Furmie's look proved exactly why she was the winner of this year’s Most Innovative Style award. She showed us a fresh and intriguing way to don denim head-to-toe without looking kitsch and cliched.

From the over-sized stitching on her pants and jacket to her silver chain jewellery, the attention to detail in this outfit was jaw-dropping. Did we mention she also had a matching Covid mask?

Trying to find another celeb draped in Denim Couture to have the honour of being our third and final favourite proved to be an impossible task. Instead we opted for second best: the top non-denim look of the night, which was worn by Nadia Nakai (pictured above).

The rapper, who won Most Stylish Performing Artist in Music, donned the ultimate evening gown by celeb favourite, designer Gert-Johan Coetzee. The A-symmetric dress fitted Nakai to perfection and the blue ombre effect was a nice, if subtle, nod to the night's Denim Couture theme.

The huge slit from shoulder-to-toe was our favourite moment, but sadly, no matter how lovely she looked, this outfit is nothing new.

South Africans love Gert-Johan Coetzee (pictured above), not only for his designs and the celebs who wear them, but for his own extra red carpet looks. However, this look is extra in all the worst ways.

Not only did Coetzee try to incorporate the sun, moon and stars into his outfit, but all the colours in the known universe too. It looks kitsch and costumey, and to make matters worse, the fit isn’t as fantastic as we’d expect from such a talented fashion designer — just look at the outfit he designed for Nakai, it fits her like a glove!

Also, can we please banish the “sun crown”? It’s become the new flower crown and can be found on every girl and her tannie’s Instagram page. Yawn!

The final nail in the coffin are those brown chunky loafers.

It’s rather ironic that one half of the duo who won the “Most Stylish Couple” award — rugby legend Siya Kolisi and his wife, humanitarian Rachel — has ended up on our worst-dressed list.

If we were ranking smiles, Mrs Kolisi would be top of the pops, but sadly this outfit had us doing everything but smiling. We gasped at the sheer shortness of the dress, shook our heads at the child-like silhouette, and had a hearty guffaw at the terrible styling.

Not even sexy thigh-high boots, a bold lip and wavy locks could save this overly cutesy look.

As the event’s MC, you would have thought Ayanda Thabethe would have at least tried to stick to the evening’s Denim Couture theme.

Instead she wore a rather basic glittery two piece, which lacked any imagination — it would have looked right at home on a red carpet in 2010.

Perhaps the actress should stop trying to emulate the Kardashians and Beyoncé and hone a more authentic and individual style of her own.