Best and worst dressed celebs at the 2020 Emmy awards 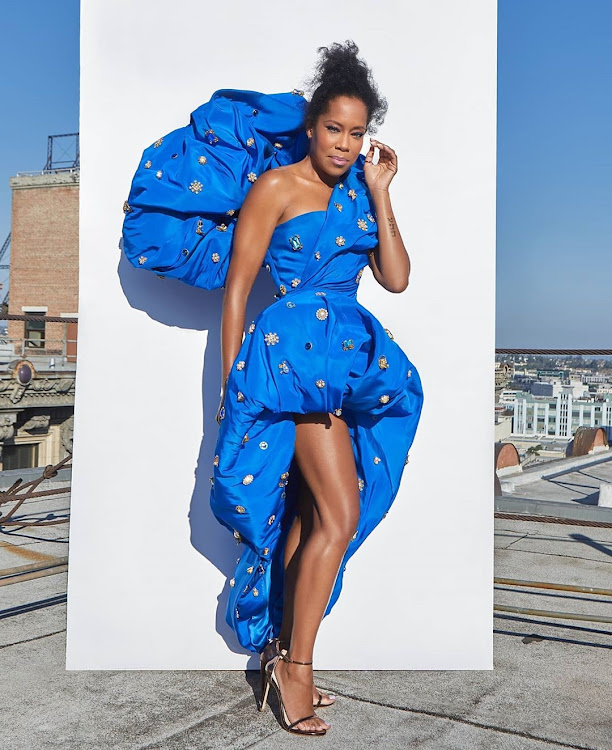 While most awards shows are usually all tears, tiaras and goodie bags, this year’s Emmy Awards ushered in a new normal of pets, PJs and bad puns by host, Jimmy Kimmel.

The 72nd Emmy Awards took place at the Staples Centre in LA with attendees tuning in for the virtual event from the safety of their own homes.

Schitt’s Creek and Succession were the big winners of the night, but as anyone knows, the real fun is always on the red carpet.

While there were fewer celebrities hitting the floor this year, there was no lack of dashing designer threads.

Here is a look at some of the award-winning “pandemmy” looks and some critical flops that we would much rather not have seen.

Maybe it’s the lockdown effect but effortless hair was a big go-to for many of the stars including King who walked away with the lead actress award for Watchmen.

For her first look, she looked to a dazzling blue asymmetrical-hemmed Schiaparelli gown with brooch adornments littering the stunning ensemble.

Her second outfit was a pink pantsuit with a Breonna Taylor t-shirt to boot.

Never one to shy away from major fashion moments, Ross stole the night in a breath-taking tiered gold Alexander Vathier gown with a matching face mask and Jimmy Choos.

As the youngest Emmy Award winner for her outstanding performance in a drama for Euphoria, all eyes were on Zendaya and she certainly brought it.

The former Disney star was serving some serious eighties elegance (worthy of a Dallas cameo) in a Christopher John Rogers gown decked with matching Bulgari bling.

The big moment of the night was her award acceptance look in a polka dot gown from Armani Privé, topped with a messy yet playful up-do that would have Glen Close’s Cruella DeVille frothing at the mouth with envy.

The best supporting actor winner, Abdul-Mateen, was certainly not going to wear any old raggedy t-shirt like many attendees did.

Abdul-Mateen opted for a striking pinstriped Louis Vuitton suit, and kept it cool with a tie-less shirt to top off the tailored-to-perfection ensemble.

Opting for a floral shoulder-less gown and a carpool mom bob, Washington was serving a hot plate of stale peach cobbler and Stepford wife vibes in her ensemble.

The actress looked dated and much too boring for the night.

This year's Emmys were not short of uninspired fashion moments, but nothing was a damper quite like The Good Place star William Jackson Harper.

He made us all wish we could call the show’s all-knowing personal assistant Janet for a one-way ticket to a bad place.

With his patchy beard and unkempt fade, Harper was an absolute disappointment in a slogan tee and jeans combo.

While Harper’s t-shirt paid homage to civil rights activist John Lewis, it was certainly a loud cry for the actor to get a stylist.

With pipes that could earn him a Tony and Grammy, and the acting prowess worthy of an Oscar or an Emmy, it’s a little surprising that Burgess never quite lands a red carpet moment on par with his talents.

In a fashion choice that looked like a Michael Jackson’s Thriller music video had a hiking date with the Power Rangers, Burgess was looking to show how much goals his new body was but scored himself early admission for worst-dressed of the year.