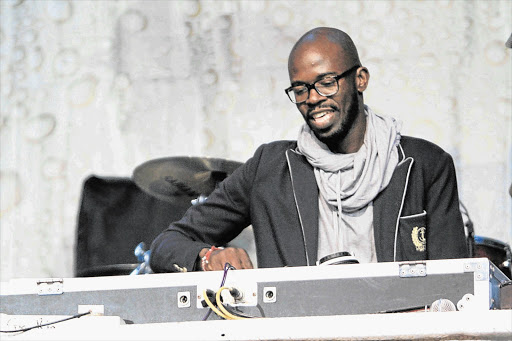 Black Coffee is one of the artists billed to perform as part of the One World: Together at Home Special.
Image: WireImage

In support of the global response to the COVID-19 pandemic, Global Citizen is hosting a One World: Together at Home Special. Featuring a host of celebrities the special aims to celebrate and support healthcare workers who are fighting the pandemic on the front-lines.

Since the One World: Together at Home Special was initially announced last week, the organisation yesterday announced an extended list of artists who will appear during the special.

We round up seven things you might not know about DJ Black Coffee.
S Mag
2 years ago

Leading up to the global broadcast special will be a six-hour streamed event curated from around the world. The streamed event will reach millions of people from different parts of the world , and will feature appearances and performances from Sho Madjozi, Black Coffee and Cassper Nyovest.

You can watch the global special from the comfort of your home on MTV Africa or MTV Base on Sunday, 19 April at 21:00. If your other stay-at-home activities happen to get in the way, worry not because the special will repeat on Monday, 20 April at 16:30 on Comedy Central and BET Africa.

For more information about how to tune in and take action, visit ww.globalcitizen.org/togetherathome.

10 gift ideas for the person who loves fancy gadgets

Tech is forever advancing, but we’ve managed to round up some nifty choices which will always be good to have around
S Mag
2 years ago

Father’s Day is coming up and we’re in our feels over these celeb dads’ tributes to their children.
S Mag
3 years ago