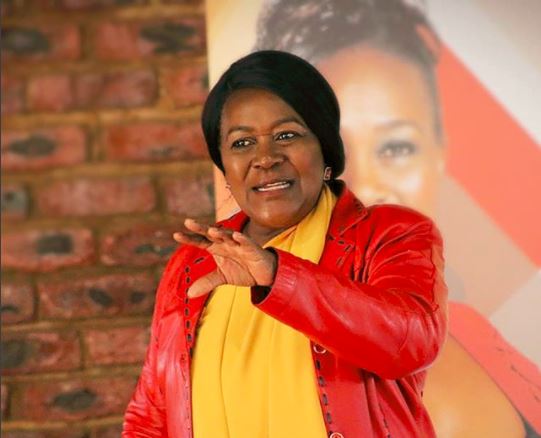 Gomora fans are rejoicing that Mam' Sonto has restored order at Gomora High after a turbulent couple of weeks since Melusi fought with unruly learner, London.

After watching Melusi go through the most at the hands of Mr Ngoveni, Gomora fans were more than pleased when Mam' Sonto (played by Connie Chiume) intervened and brought back order to the school.

Mr Ngoveni and the district manager Tau were in cahoots trying to get rid of Melusi. Fans know the pair set up a trap for Melusi through London and the whole thing was orchestrated by Ngoveni.

The streets had no choice but to stan when within minutes of finding out the chaos that was unfolding at Gomora High, Mam' Sonto and her gogo-gangster swag stepped in and fixed the mess.

When Mam' Sonto called Chillies and Bomba up to come put Tau back into order, the collective celebratory vibes could be felt everywhere on the Twitter streets. In fact, some of the drama's viewers are convinced SA truly needs a Mam' Sonto to help clean up the corrupt officials in government.

Check out their reactions below.

Mam Sonto should be appointed to fix the whole country. Drugs, corruption in the ANC and so much more 😜🤣🤣🤣#gomoramzansi pic.twitter.com/4BqOH6gjUH