Binge all the episodes of ‘Gomora’ so far on Showmax 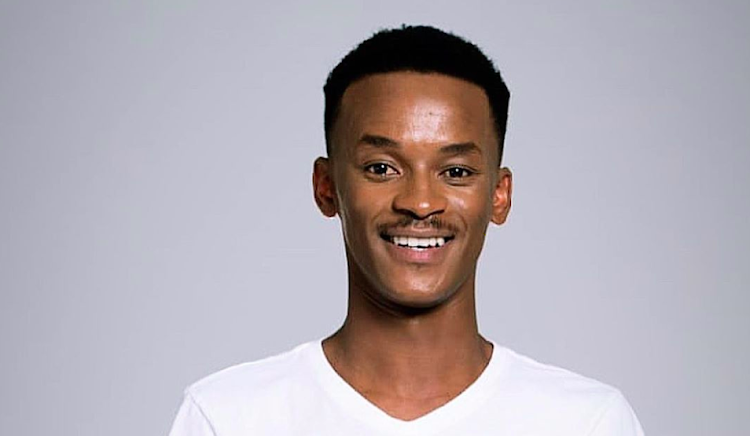 Talent is what we have in Mzantsi #Teddy #gomoramzansi pic.twitter.com/e3mEWEYBy7

New telenovela Gomora, now streaming on Showmax, has fans hooked — and not just to see how much worse life can get for Thathi (Katlego Danke) and her family, who have been forced to swap having millions in the bank and living in mansions, for being broke and crashing in granny’s house in the sprawling township of Alex.

Fans have also been tuning in to see how things are going for Teddy. He’s played by Sicelo Buthelezi, and is the mildest, meekest teen you can imagine.

“He’s a very special child,” says Sicelo, whose character is being fostered by the school principal Melusi (Zolisa Xaluva). Teddy’s mom Zodwa, played by Sannah Mchunu, is an alcoholic and the youngster was taken away from her so that he could have a brighter future.

While Zodwa is fighting to get him back and embarrassing him non-stop (like showing up drunk at school shouting his name), Teddy doesn’t hold her alcohol abuse against her. If anything, he wants her to get help, says Sicelo: “He sees the best in people, even if they’ve done wrong by him. He doesn’t want to see people get hurt. He’s a good child.”

Tell us more about you

I was born and raised in Tembisa, Johannesburg. And there’s actually nothing interesting about me — I’m just a normal guy, doing normal things. I think that Teddy is very much the same. He flies under the radar and that’s endearing.

People love Teddy. Did you expect to be a fan favourite so quickly?

I didn’t say that viewers would really understand Teddy because he’s a special child. In most cases, we don’t understand people like him. [Sicelo is hinting at the fact that Zodwa’s drinking while pregnant has affected Teddy, who failed grade 9 twice].

When the viewer reaction started, it made me realise that maybe I was wrong and people at home really did understand him. I’m very pleased that people get him, the situation he’s in, what he’s like — not just the funny side of him, but the soft side too. That was very important [that they see that side of him] and I’ve tried to highlight that aspect of his personality.

What was it about Teddy that made you want to play him?

It wasn’t so much about Teddy, the character, as much as Sicelo, the actor. I don’t want to get to a place where people say that I have a specific character that I want to play. I don’t want to limit myself. What attracted me to the Teddy role was that he’s a special child from ekasi, his personality is a challenge and he’s not your normal character.

He’s got these intricacies that make him so much fun to play. Did I get scared reading about his situation and his personality? No! I dove right into playing this character.

What life lessons has Teddy taught you already?

You should love and appreciate, I mean really love and really appreciate the people who love and care for you. That’s one of Teddy’s principles: if you do something for me, I will try by all means to do 10 times better for you.

So he takes care of the people who take care of him. He doesn’t look at the bad things you’ve done to him. He only looks at the good things. He doesn’t give up on people even if they give up on him.

Which of your cast mates have you learnt the most from so far?

There’s no one specific person — we’re an incredible ensemble that I’m fortunate to be part of. This is my first time having such a brilliant group of artists around me. I’ve always had great teams, but this one is special.

We’ve only been together a few months and I never thought I’d learn so much in so little time. Whether it’s from newcomers to or veterans of the acting business, we’re learning more and more each day.

And when you’re not on set, how are you improving your skills?

I am a born-and-bred theatre actor. It’s where I learnt my craft and abilities. Because of lockdown, we’ve all been at home, but before that, I would go to the theatre as much as possible. During lockdown I’ve been watching theatre shows on YouTube and I read books — as much reading as possible to get new character insight.

How to stream Gomora on Showmax free

Binge all the episodes of Gomora so far on Showmax, then stream new episodes 24 hours after the episodes are broadcast on Mzansi Magic. You can also watch episodes daily on DStv Now.

New Showmax customers get a 14-day free trial and then pay R99 per month.

DStv Premium subscribers get Showmax free — visit showmax.com to sign up. DStv Compact and Compact Plus subscribers pay just R49pm per month — and new subscribers get their second month free if they sign up before June 30 2020.

Sign up for Showmax mobile and get access to the full catalogue on one mobile device for R49pm. Until the end of June, get three months’ access to Showmax standard for R149 — that’s a 50% discount on the usual price of R99 per month.