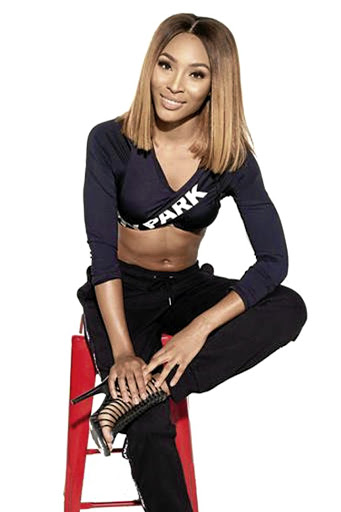 Generations: The Legacy, which has been losing some of its best talent to other TV shows over the years, has been forced to shop for new talent.

One of the new recruits is former PowerFM newsreader and actress Tidimalo Sehlako, who has acted in Isithembiso on Mzansi Magic.

Recently, media reports have suggested that Vusi Kunene, who plays the role of Jack Mabaso, is set to join Gomora, while Rapulana Seiphemo, who portrays Tau Mogale, is leaving the soapie to join The Queen.

Sehlako, who comes from the Vaal, joins the premier soapie as Nthabiseng, the head of Jambo Baba, and will work closely with Ezweni.

After attending auditions for months without getting any role, the former Miss SA Top 5 had a cameo role in Isithembiso. She is relieved she has finally landed a role in a big soapie.

"This is my first big role in a TV show," she said.

"I have been attending auditions and was turned down many times to a point that when I got this role it took time to sink in that I really got it."

Sehlako, who began shooting last week, said she had mixed emotions when she walked into the Generations: The Legacy set seeing actors like Musa Ngema, Moopi Mothibeli and Vuyo Dabula,.

"Obviously, when you step on the set everyone knows their game, they are there to work, and I'm the rookie learning the game, and expected to perform, it was definitely pure excitement and nerves," Sehlako said.

"I started shooting last week and they welcomed me and made me feel at home."

About her role, she said: "A lot is still going to unfold about Nthabiseng and viewers will have to watch the show, but what I can share for now is that she works closely with Ezweni."

As much as she has done a lot of things, including being a newsreader and being part of BET A-List presenters, she enjoys acting.

"The freedom of expression and the ability to play roles ranging from serious characters to roles that are created simply for comic relief is something that I look forward to all the time," Sehlako said.