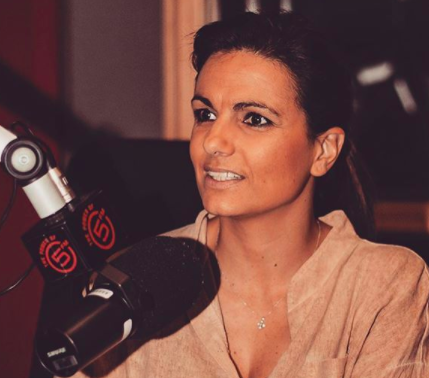 The now-deleted post promoted the killing of the coronavirus on surfaces by using a household cleaning product, Domestos.

“This is amazing news especially as we all start to venture out more and risk exposing ourselves to the virus,” read the post with the hashtag #AD.

The post was criticised for being “misleading” and not being able to “provide scientific proof”. Leanne was also criticised for framing the post as “news”. 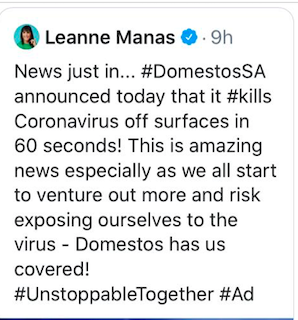 Speaking to SowetanLIVE sister publication TshisaLIVE, Leanne said she took the post down after she saw that the brand wasn't able to provide answers asked by consumers.

She also said the post was a “public service announcement”, which she thought “was great”.

“I've got no problem with them but I decided to remove the post from my profile because they (Domestos) didn't have the information at hand when people started asking for proof.

“When I started seeing that people were asking for proof and they weren't supplying it, I didn't like that,” she said.

The SABC news presenter also said she was not satisfied with the response that the tweet got.

“As far as I know, according to what I was sent, there is proof and the science is there. For me, it was a public service announcement which I thought was great. As soon as I saw the responses coming through, I was not satisfied with that and that's why I removed it,” said Leanne.

Director of Media Monitoring Africa William Bird told TshisaLIVE the post from Leanne was concerning and could discredit her credibility.

“It's a very disappointing thing to see when a respected news presenter, someone who is known to bring us news, misleads the public.

“What makes it more concerning is that the post was not clear that it's a sponsored post and that was wrong of her to have done. It could discredit her credibility and that of the SABC,” he said.

According to the World Health Organisation (WHO), a bleach solution can be used as one way to disinfect areas contaminated with the coronavirus.

“In non-health care settings, sodium hypochlorite (bleach) may be used at a recommended concentration of 0.1%.”

Leanne Manas is back on the fitness wagon after lockdown hiatus

She felt defeated but now she's getting back on track, thank to friends who motivated her.
Pic of The Day
2 years ago

Is compelling commuters and schoolchildren to walk through booths or tunnels which spray them with disinfectant really necessary as an anti-Covid-19 ...
News
1 year ago

New regulations state that recently deceased bodies can still expel air from the lungs when being moved - posing a risk of infection even after death.
News
1 year ago
Next Article