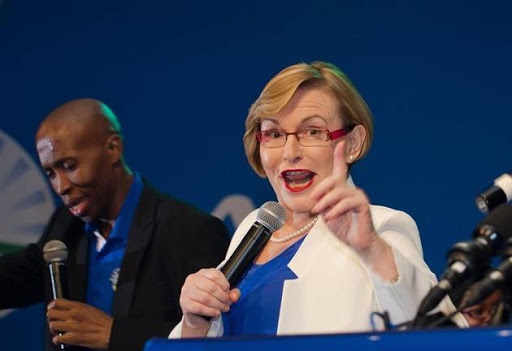 Helen Zille is only contesting the DA's federal chair position because she is not happy that Mmusi Maimane disciplined her for contravening the party's social media policy with her controversial Twitter posts, the writer says.
Image: DONNA WATSON

Good leaders know when to leave; bad leaders hold on to power for dear life. These are power mongers who fight anyone who threatens their powerful positions. More often than not, it is men who behave like this. But I digress.

Helen Zille is the former leader of the official opposition, the DA. During Zille's tenure as leader, the DA attracted more votes, particularly from the majority of people of this country. She is also the ex-Cape Town mayor and former Western Cape premier respectively, roles that she discharged excellently.

Early this year, Zille's second tenure as Western Cape premier came to an end. She then joined the Institute of Race Relations as a fellow. Last Friday, she announced that she will be standing for the federal chair of the DA. Subsequently, she suspended her participation at the IRR.

When asked why she is contesting the federal position, she said she has been approached by party members to contest the powerful position. She had a choice to say no, didn't she?

Zille has a grudge against Maimane, one of her former protégés. She is not happy that the DA leader disciplined her for contravening the party's social media policy with her controversial Twitter post. She was warned not to repeat the same mistake.

Her campaign bid to be the federal chair of the party is an attempt to get back at the DA leader, though she denies it. If she comes back as the federal chair, the official opposition leader is unlikely to finish his term.