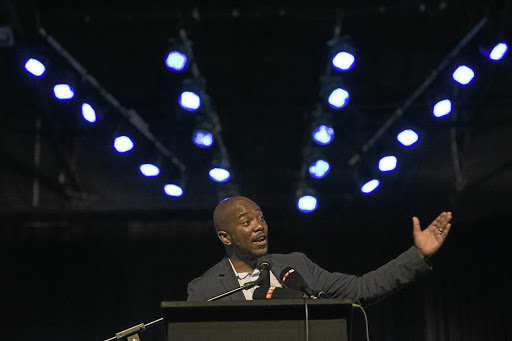 The contest for the post, possibly the second most powerful after that of party leader, is seen as a proxy war between Maimane and "the old guard" that believes the DA has lost its way under a black leader.

Zille shocked party structures on Friday when she announced, just before the deadline for nominations, that she will be standing for the post that has been left vacant following the resignation of long-time federal chair James Selfe.

Trollip, who is currently the party's federal chair and a former mayor of Nelson Mandela Bay, was widely seen as a front-runner until Zille announced her candidacy.

He is close to Maimane and his election would have strengthen the position of the embattled DA leader.

Trollip said yesterday he stood a better chance against Zille.

"I fancy my chances against Helen Zille. There's a Greek philosophy that says one shouldn't step in the same river twice. She resigned of her own volition and handed over.

"I believe there's a time to come and a time to go and she's had both."

If he wins, Trollip promised to fight factionalism within the DA.

"The challenges the DA is facing currently are centred around factional interpretation of what we are trying to achieve, which is 'one SA for all' based on 'freedom, fairness, opportunity and diversity'. Factionalism occurs when there is weak leadership and ill-discipline. I believe I can strengthen both these deficiencies," Trollip said.

The return of former Western Cape premier Helen Zille to active politics should, ordinarily, be something that is welcomed by all.
Opinion
2 years ago

The elections for the federal council Chair come at a time when Maimane is under severe pressure to resign following the party's poor performance at the polls in May.

Zille told City Press yesterday that some of the DA's disillusioned leaders approached her after the elections with the idea of forming a new political party, but she turned them down. Speaking to Sowetan yesterday, Zille denied that if she were to be elected, it would mean Maimane's days are numbered.

"If I win I will stick to the job description [it is a support function] and I will behave professionally at all times with all concerned. It is not my job to comment on or select leaders for the party. This must happen at a congress."

Zille was also unhappy that her return was seen as a fight-back by the DA's old-guard.

"As far as the 'white liberal old guard' is concerned, it is a pity that people are resorting to the race card. That is contrary to the DA's political philosophy," she said.

Yesterday, the Sunday Times reported that a panel reviewing the DA's performance at the recent polls suggested that Maimane resign before the end of his term to allow for the party's renewal.

The panel was Maimane's own brainchild after the party lost voters to the Freedom Front Plus in May. He initially wanted it to include outside experts but the party decided on a panel made up of former leader Tony Leon, ex-DA policy guru Ryan Coetzee and Capitec Bank co-founder Michiel le Roux.

The panel is expected to hand over its report to the party's federal council later this month. But according to the newspaper, one of its major suggestions is that Maimane resign and a new leadership be elected. It also calls for a change of leadership in DA-led metros of Tshwane and Johannesburg and Cape Town.

It is not clear how this report will be received but senior DA leaders remain adamant that Maimane will stay at least until the next elective congress in 2021.

Senior DA leaders who spoke to Sowetan said they stood by Maimane.

"For the people that I speak to, we don't believe that the DA [under Maimane] has gone off-rail, so you cannot then put it like people want to come in there to stabilise.

"The DA is able, there is nothing to stabilise," said a senior DA leader.

"All I can say is that federal leader [Maimane] must stay in the position until the next elective congress. We as provincial leaders [are] united on this matter," said Mncwango.