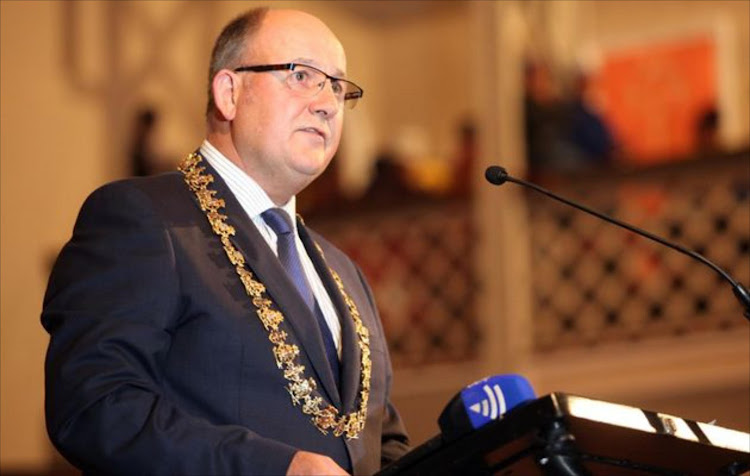 Although the four names are in the hat, the contest is fast shaping up as a two-horse race between Zille and Trollip.

The bullish Trollip on Tuesday told DispatchLIVE he had made himself available because of his “great affection for this party” and his belief that the DA “represents the only realistic alternative to the failing ANC”.

“The challenges the DA is facing are centred on factional interpretation of what we are trying to achieve, which is ‘one SA for all’ based on ‘freedom, fairness, opportunity and diversity’. Factionalism occurs when there is weak leadership and ill-discipline. I believe I can strengthen both,” the DA federal chairperson said.

With calls mounting for embattled DA leader Mmusi Maimane to step down, Trollip — a strong ally of Maimane — said that was just politics.

“The tallest trees always collect the most wind. However, I draw the line at personal attacks and faceless attacks in the media — it’s simply cowardly and reprehensible.

No group of individuals will remove a DA leader through the media. That would be chaos and we are not a party of chaos

“Mmusi Maimane was elected at a DA congress and he will have to be replaced at a congress if a majority of party delegates want that. No group of individuals will remove a DA leader through the media. That would be chaos and we are not a party of chaos,” he said.

Trollip said he was confident of getting enough votes when Selfe’s successor was elected next Friday. “I fancy my chances against Zille. There’s a Greek saying that one shouldn’t step in the same river twice. She resigned as leader of her own volition and handed over. There’s a time to come and a time to go and she’s had both.”

But Zille, who is on record saying she helped grow the so-called black vote in the DA, said she was contesting “because I have the experience, skills, institutional knowledge and capabilities to unify and stabilise the DA as we approach the crucial local elections of 2021”.

“I have been a unifier and consolidator for the DA before, in highly complex and divisive situations, and managed to stabilise the situation in the interests of the party,” Zille said.

While most of the media attention has been on Zille and Trollip, Walters and Waters have been quietly campaigning for what would be seen as a surprise should either of them get the thumbs-up.

Clearly something has to change. We need to go back to our core classical liberal principles of non-racialism

For Waters, the party’s liberalism is key to regaining lost electoral ground.

Asked if he thought the DA needed a new leader, Waters said: “We need a new direction. If we reconnect with the voters though our classical liberal values we can, I believe, turn the party around and ensure growth at the ballot box.”

So what makes Waters the perfect candidate for the key position?

"Clearly, something has to change. We need to go back to our core classical liberal principles of non-racialism. We need to drop racist policies such as BEE, which only benefit a very small number of people while millions are in abject poverty. We need to become the party of opportunities and aspiration,” he said.

Walters declined to comment. “I do not campaign in the media but towards delegates. I look forward to a good contest with three great candidates, colleagues and human beings.”

The Democratic Alliance on Monday poured cold water on reports that the party was seeking legal opinion on Helen Zille's eligibility to contest for ...
News
2 years ago
Next Article