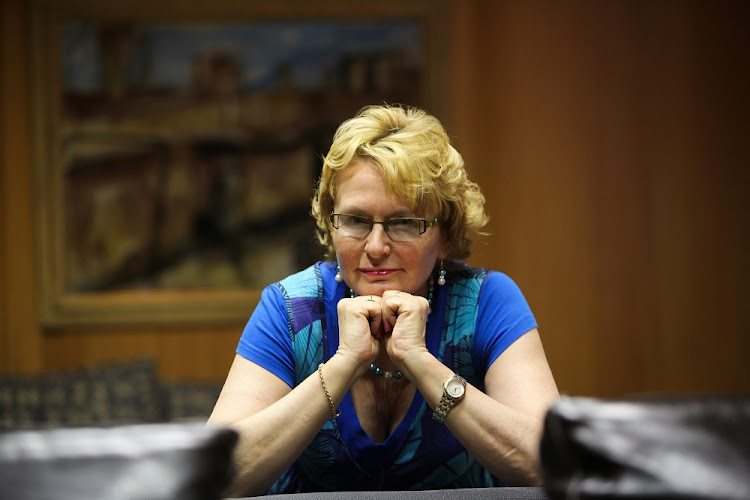 Helen Zille Former DA leader Helen Zille will be up against Athol Trollip, Thomas Walters and Mike Waters as they vie for the position of federal council chair
Image: Esa Alexander.

The Democratic Alliance on Monday poured cold water on reports that the party was seeking legal opinion about Helen Zille's eligibility to contest for the position of federal council chair left vacant by James Selfe.

This after Business Day reported on Monday that the party's decision last year to bar Zille from all party structures, following her controversial tweets about colonialism, could disqualify her. Zille threw her name into the hat last week for the influential position.

According to the publication, a source with direct knowledge about the matter revealed that the DA was seeking legal opinion to establish how the settlement Zille reached in 2018, barring her from leadership structures, would affect her candidature for the chairperson position.

Zille will be going head to head with Athol Trollip, Thomas Walters and Mike Waters to replace Selfe.

The DA's presiding officer of the federal council elections, Desiree van der Walt, on Monday said all candidates, including Zille, were eligible to contest for the position.

"The Democratic Alliance has taken note of incorrect reports which state that the party is seeking a legal opinion on the eligibility of one of the candidates standing for the position of federal council chairperson," said Van der Walt.

"We wish to dismiss this notion.  As the presiding officer, I am satisfied that all those who have been nominated have been fully vetted and meet the criteria to stand ...

"In this light, we wish to remind all the candidates and their campaign teams of the rules of engagement, which preclude candidates from negative campaigning."

The party that promises 'One South Africa for All' has been accused of all talk and no action. The DA has found itself in multiple sticky situations, garnering criticism from all sides. Herman Mashaba, Mmusi Maimane and Solly Msimanga are some of the DA leaders who have found themselves in hot water. From illegal tender claims to an alleged Steinhoff-sponsored SUV. Many have questioned the DA's leadership and DA-led municipalities as they shift from one controversy to another.

The return of former Western Cape premier Helen Zille to active politics should, ordinarily, be something that is welcomed by all.
Opinion
2 years ago
Next Article