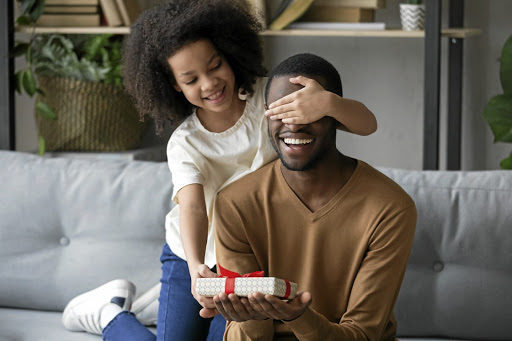 The bond between children and their parents is a beautiful thing to watch but oftentimes than not fathers are absent from their children's lives, living a void for life. /123RF

There is one word that I have never used in my life, that is the word "tata" meaning father in my mother tongue.

As we celebrate Father's Day on Sunday, I took a moment to reflect on this special day. I first celebrated it six years ago after my son was born; before then it had no meaning to me.

My parents had me out of wedlock and I was raised by my mother. She did a great job raising me and my two siblings, showering us with love. I never felt the absence of a second parent.

Not even once did I question why my dad did not live with us partly because it was also kind of normal in my community. I could count on one hand houses with fathers in my street.

I met dad for the first time as a five-year-old girl, and the next time he was in a casket when I attended his funeral four years later.

My childhood was normal, nothing out of the ordinary. I went on to obtain my first qualification on record time and secured employment.

And, I had always thought that I turned out OK, until I had my son and developed a relationship with his paternal grandparents.

I got on well with his grandmother but whenever I spoke to his grandfather it was awkward, and I could not address him as "dad" or "father" instead I'd say "Sir".

Fathers' Day at the weekend came as a stark reminder that millions of mothers will continue to be celebrated on this day given the extent of ...
Opinion
3 years ago

Absent fathers are major catalyst for social problems in our country

This was something people around me found strange and I couldn't explain it right away, until I thought about it and I realised that I had never called anybody "tata" (father) my entire life. I had also never lived with anyone representing a father figure in my household.

That was when I realised that as much I thought this was a minor detail of my story but it had had an emotional impact on me. Sadly, this is the story of millions of South African children today, being raised by single mothers.

According to Statistics SA, in 2016 47.6% children aged 0 to 6 lived in single-parent families of which 45.6% stayed with their mothers only and 2% with their fathers only.

You may decide to dismiss the above as just cold statistics but before you do that, to witness the proof of the above log on any social media platform on Sunday. Read emotional messages posted by many women; the pain they go through as they raise children on their own is heartbreaking.

Father's Day is an emotional day in this country; women are bitter for being left on their own to raise kids, but do you blame them?

Until more fathers realise that money alone cannot raise children, this day will remain a sad reminder of the sperm donors to women.

Until more males step up to the task of being real fathers, our society will continue raising broken young men and women with emotional scars. An absent father leaves a vacuum in children's lives, it may not be an issue now, but it leaves long-lasting emotional scars.

The 2013 study by Sonke Gender Justice on absent fathers in Johannesburg shows that the phenomenon result in "social and developmental challenges".

I am fine after seeking professional help for my emotional "father" issues but I hope you learn from my story and the study cited above, and become a real father to your child.

Financial support alone is not enough, money makes life easier but it can never replace the comfort of having a dad. You can do better.