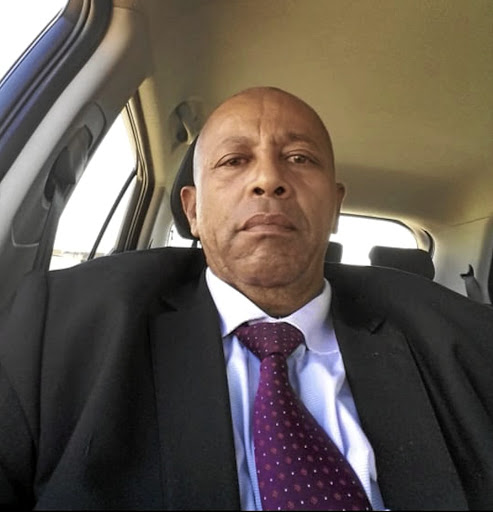 Sipho Mziako of Mabopane is still awaiting delivery of his car after paying the deposit of R20,000 and R4,130 for so-called courage fee to a KZN dealership. / SUPPLIED

Buying a second-hand vehicle is the trickiest sale you could ever do, especially if the seller is far from you and you cannot view or test drive the vehicle.

A few consumers, due to miscalculation of the risk factor, learnt the hard way after paying for the car.

Two consumers have become the latest victims of car dealers, both operating in KZN. Both clients have been struggling for the past six months to get either their money back or the cars they had paid for.

Grace Marumo and Sipho Mziako who have not seen the cars they wanted to buy are now told the outbreak of the Covid-19 is hindering the process of having their cars delivered to them even though they bought the cars long before the nationwide lockdown.

Marumo, 57, of Bendor in Polokwane, Limpopo, says she has been waiting since November to take delivery of a 2014 BMW 320i model she wanted to buy as a present for her daughter .

Marumo, who used a portion of her life savings to purchase the car, said she was introduced by a relative to Israel Banda, of Banda Cars in KZN.

She said she regretted her decision as she now had to spend sleepless nights thinking about the money she has thrown down the drain.

"I didn't know Banda, but when my relative told me she bought her car from him, I did not think twice about also buying a car from his dealership," Marumo told Consumer Line.

The mother of three said she was sent photos of the BMW she wanted to buy via WhatsApp and told she would take its delivery within a week, but soon after she deposited the full purchase amount she was told that the car had to be sent to Joburg for clearance and registration.

"Soon thereafter I was told that the guy who was doing the transfers [of the car from KwaZulu-Natal to Johannesburg] died from petrol fumes in Lesotho when no one had told me the car had crossed the border [to Lesotho]."

Since January, she has been fed with lies and empty promises and recently Covid-19 is the shield Banda is using for nondelivery of the car, Marumo said.

Mziako, 60, said he needed a car as his older model was no longer roadworthy. He said he was confident about meeting the financial obligations, from the deposit to instalments. Mziako is self-employed and in property rentals.

"I was pleased when I saw an advert in [one of the newspapers] which was placed by Solly Ngcobo of Dennis Motors in Stanger, KwaZulu-Natal, stating that they offer in-house finance to people who are also blacklisted," Mziako said.

He later called Ngcobo on the cellphone number he provided on the advert and he was asked to send a copy of his driver's licence, proof of residence and a three-month bank statement to facilitate his finance application.

From Wednesday, you are allowed to buy cars again

Minister Ebrahim Patel has announced that sales of new and used vehicle may commence, along with the opening of auto electricians, tyre centres and ...
News
1 year ago

"In no time my application was approved and was asked to deposit R20,000 so they could courier the car to Mabopane [north of Pretoria]," Mziako said.

He said he deposited R10,000 and told them the remainder on the deposit would be paid on delivery, but was told Dennis Motors did not operate like that, and as a result he obliged and paid the balance on the deposit.

A week later after the date of delivery had expired, he called and he was told that he did not pay the "courage fee" of R4,130 which he transferred immediately, he said.

"Still, nothing happened and I went to Capitec Bank panicking and asked them to reverse all the money I paid, but only to discover that the Bidvest Bank details they gave me belonged to somebody else other than Dennis Motors," Mziako said.

Since they received his money, nothing happened and his telephone calls are no longer answered, he said.

Responding to Marumo's complaint, Banda confirmed receipt of her R83,000 and told Consumer Line that her car was stuck in Lesotho.

He said the consignment of cars which were sent to Botswana were delayed for reasons beyond his control.

Banda blamed Lesotho authorities for the delays, without providing reasons why the car had to be in that country.

"On arrival in Botswana there was a delay for up to four months due to what was going on there," Banda said.

He said there were four more people who are patiently waiting for the cars from him as they were hoping that they would get delivery of the vehicles as soon as the lockdown was lifted.

Banda said he did not have money to refund Marumo.

Attempts to solicit comment from Lesotho officials dealing with his consignment of cars were fruitless at the time of publication.

Meanwhile, Ngcobo only offered to deliver Mziako's car at the end of the month.