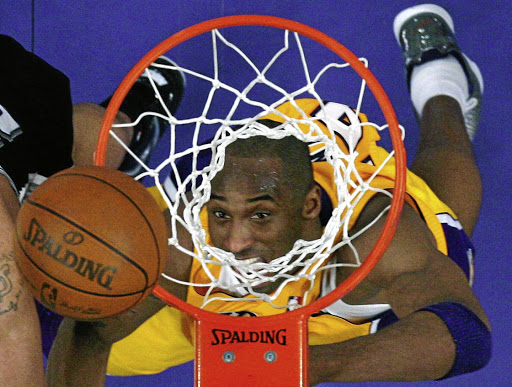 I have often heard people argue that rapists are monsters - that no civilised and sane man could ever violate a woman or child in so atrocious a manner.

I have always responded that rapists are not monsters, that they are men who we know, men we respect and often, love. I was reminded about this argument a few days ago following the death on Sunday of American NBA star Kobe Bryant.

Many who extended their condolences chose to elevate his sportsmanship and business acumen - to cement that as the most important part of his legacy.

Indeed, he was a great basketball player - one of the greatest of all time. But there is another part of Bryant's legacy - a part which in my opinion eclipses everything else he achieved. A few years ago, Bryant was accused of sexual assault by a 19-year-old hotel employee who laid charges against him.

According to doctors, the woman sustained injuries not consistent with consensual sex. She also had a facial injury and later, blood from that injury would be found on Bryant's T-shirt.

Bryant denied the rape allegations, claiming the sex was consensual, and that the woman sustained the injury during "kinky sex".

Despite the forensic evidence, the case had to be dropped after the victim refused to testify. He later issued a public apology, saying although he thought they were having consensual sex, she might not have felt the same way. She filed a civil suit and accepted an out-of-court settlement.

And just like that, another man got away with a crime.

When several feminists like myself raised this issue on social media following Bryant's death, many people condemned us, arguing that we were insensitive for speaking about rape when a man had just died with his daughter in a tragic air crash. We were reminded of our blackness, of how ubuntu is central to our Africanness, as though it was something we did not know.

This was done by men - friends, colleagues, boyfriends. In defending the legacy of Bryant by refusing to have us engage it in all its complexities, they were pledging allegiance to him for a crime so brutal some of its victims have said they would rather have been killed and some, like Khensani Maseko, chose to die by suicide.

Women need to start paying close attention to what the men in their lives say about rape. Very often, their "rational" comments, such as that everyone is innocent until proven guilty, or that we must not mention Bryant's rape history while the world mourns him, are not innocent.

They reflect a thinking that says rape is justified. A man who thinks women talking about a rapist is an attempt to "tarnish his reputation" is a man a woman should run far away from and never look back.

Statistics are clear: most rapists and murderers of women are known to the victims. It is critical that women recognise that rape apologists are potential rapists.

It is worrisome sexual violation on campuses is ignored

Rhodes University students are planning to hold an "interfaith prayer and meditation" evening on May 7 following the death of a post-graduate student.
News
3 years ago

More resources are needed to fight depression, as it continues to claim the lives of young and old South Africans every year.
Opinion
3 years ago
Next Article