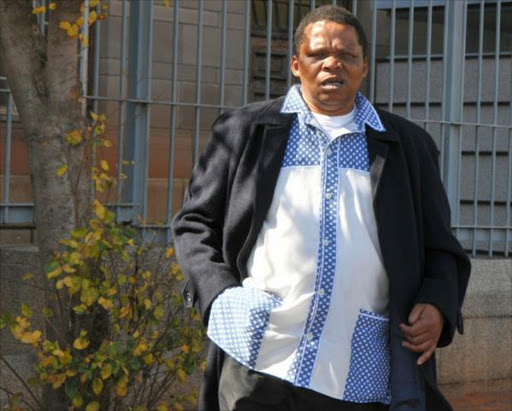 This was the argument Qwelane’s advocate Musatondwa Musandiwa started outlining on Monday at the Johannesburg High Court.

Musandiwa was defending Qwelane and the column he penned‚ which the South African Human Rights Commission (SAHRC) found amounted to hate speech.

In the column Qwelane suggested the Constitution’s acceptance of gay marriage would lead to “some idiot [demanding] to marry an animal“. The column also endorsed Zimbabwe president Robert Mugabe’s stance on homosexuality.

The SAHRC launched proceedings against Qwelane after he failed to apologise for his offensive comments.

The matter went ahead on Monday‚ though Qwelane was hospitalised at the weekend and was not present in court. The court heard previously that he suffered from a number of chronic conditions.

Cross-examining the SAHRC head of legal services Pandelis Gregoriou‚ Musandiwa questioned how the commission came to its conclusion that Qwelane’s column amounted to hate speech when the SA Press Council found differently.

“His views are offensive. That’s not in dispute. But if you go back to the Press Council’s ruling [on the column] the view is that it is robust language‚ not hate speech‚” Musandiwa said.

Musandiwa suggested that the SAHRC was inconsistent in its findings‚ referring to a SAHRC press statement which said King Goodwill Zwelithini’s comments on xenophobic attacks‚ made in 2015‚ were hurtful and harmful‚ but not hate speech.

He further asked Gregoriou why proceedings were not pursued against Media24 for the column’s publication.

Media24 issued an apology for the publication‚ as directed by the SA Press Council.

The SAHRC claim the column was harmful and hurtful as it dehumanised gay and lesbian people.

“One must take into consideration that dehumanisation has a distinct ability to justify physical violence‚” advocate for the SAHRC Tembeka Ngcukaitobi said.

Gregoriou testified that the commission had no knowledge of anyone being physically harmed due to the column’s publication.