Violated women who come out after silence need our support 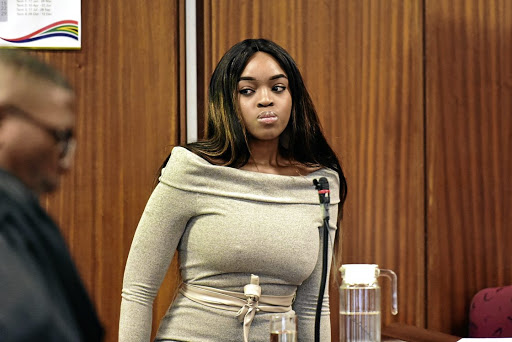 Insensitive and irrational questions have been asked of Dr Christine Blasey Ford's motives of her coming out with her alleged sexual assault by new US supreme court judge Brett Kavanaugh. A similar scenario is playing itself out in the cross examination of Cheryl Zondi, main picture, in the rape and sexual abuse trial of pastor Timothy Omotoso here at home.
Image: Eugene Coetzee

Brett Kavanaugh is the new supreme court judge in the US. But I am deeply shocked and disappointed after the sexual assault accusations against him by Dr Christine Blasey Ford.

In fact, it is the inappropriate, insensitive and irrational questions that are being asked of her coming out now after almost 30 years of her alleged sexual assault that shock me the most.

At a recent gender colloquium, one female participant had this to say about Ford: "Why is she raising it now? Why was she quiet all along? What are her motives and what does she stand to gain after all?"

The woman went on to say: "I think she is wicked, she's devious, her motives are suspect, she has a nefarious agenda, she's in it for the money and fame.

All she is doing is to destroy this wonderful, hard-working man's career. I know how we are as women, I am old enough to know if indeed something happened but in this case, I tell you that she has only one agenda - [to] bury this man's career once and for all."

So disappointing from a woman because one would ordinarily expect her to side with one of her own. Sadly, she did the opposite.

You probably have heard of the refrain from women that says women are their own worst enemies.

But there is much more deeper analysis of her behaviour towards Ford, which is that that's how patriarchy works.

The survivor of sexual assault is in fact put in the dock. She must explain, justify and rationalise why she kept it to herself for such a long time as if there are written time-frames which stipulate when it is appropriate to report sexual assault or rape, failing which her motives are suspect.

Remember what happened to Fezeka?

She was ridiculed, insulted, threatened. She was accused that she was in cahoots with men who did not want to see former president Jacob Zuma ascending to the presidency of the ANC - and subsequently of the country. Again, her motives were called to question.

Juventus star Cristiano Ronaldo is accused of rape and subsequently buying the silence of the alleged victim.

This is what his Italian Club wrote in a series of tweets: "Cristiano Ronaldo has shown in recent months his great professionalism and dedication, which is appreciated by everyone [at] Juventus."

The club goes on to say that "the events allegedly dating back to almost 10 years ago do not change this opinion, which is shared by anyone who has meet this great champion".

Once again, it is this woman whose motives are in question because Ronaldo is this saint whose record would be blemished by this woman with a wicked, unsophisticated agenda - according to the club and other accusers.

The prevailing view out there is that women who accuse men in powerful positions of wrong-doing do so because they are selfish, they are narcissistic and profit- motivated.

You can't tell by looking at an individual and conclude that he will not abuse, rape or violate others.
Opinion
3 years ago

Their stories are never believed because they kept quiet for such a long time.

I find this mind-set not only problematic but taking back the fight against sexual violence into the Dark Ages. A lot of women will not come out in the open to report sexual assault for fear that they will be accused of being opportunistic and parasitic.

The worst part is that there are millions of women who look at how prominent women like Ford are treated after coming in the open, and it will instil fear on them as to how they will be treated if they also come out.

Instead of confronting the assailants, they will ask themselves the sad questions: "Will I be believed? Will I be supported? or Will I be vilified and called names?"

Then they will decide to do nothing about.

Next time you ask why the victim is only reporting the abuse now, ask yourself if you would have asked the same question if the survivor was your daughter, son, aunt, wife or mother-in-law. Would you have subjected them to this inhuman treatment?

The first witness to testify against alleged rapist Pastor Timothy Omotoso, Cheryl Zondi, took the stand on October 15 and 16 2018. Here are some of the highlights of the trial.