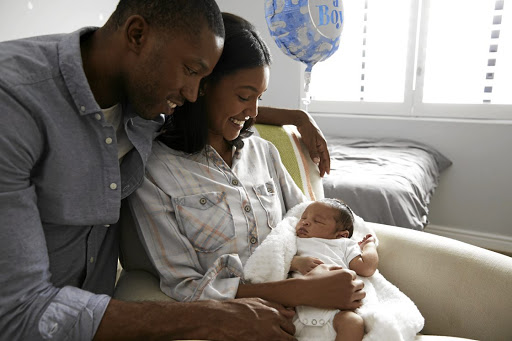 Raising a baby should be an equal task for both parents but more often than not mothers carry the bigger burden of the work, despite the passing of new laws on the matter.
Image: 123rf

The 10 days parental leave is what stood out for most because it meant fathers can now take time off work and be with their new born babies - previously fathers would have to rely on family responsibility leave which permits them to only three days away from work.

This leave is not dedicated solely to the birth of a child, it can be accessed for many other emergencies.

We cannot understate the importance of this move because it deliberately speaks to and is directly dedicated to the role of another parent - other than mothers, in the birth of a child - importantly, the role of the father.

This law goes a long way in deconstructing toxic notions of masculinity, that men won't participate in care work. Men will finally be able to be there at an emotional level, going a long way in ensuring that women also have added support - aiding society's move away from notions that men are solely providers and protectors.

The law providing for paid parental leave for both parents of newborn children, which takes effect on Wednesday, has been welcomed by trade union ...
News
2 years ago

I am of the view that we have a golden opportunity as men and should look at this law as an opportunity to redress, do something different and do away with archaic notions of manhood.

Although this is a move in the right direction, there needs to be more time allocated for men to equally perform care work when it comes to the birth of their children.

However, as deficient as the number of days are, it is the correct move in changing the narrative that care work and child rearing should solely be associated with women.

We speak of wanting total equality for women in our country, however, our backward policies and slow transformation, although celebrated and welcomed, tell a different story.

For instance, a positive step would be to open longer leave for either parent. As it stands, the longer leave as a result of the birth of a child automatically qualifies towards the mother. Would it not be more progressive for us to have a policy that says the parents should decide who should take the longer leave.

UIF to start paying out paternity leave benefits from Friday

The Unemployment Insurance Fund (UIF) will start processing claims for the new parental benefits from Friday.
News
2 years ago

That for me gives the woman an opportunity to indeed pursue progression within their careers and other ambitions they may have because, let us be frank, the father being present for 10 days does very little in helping the woman wholly pursue their professional ambitions or otherwise.

I have heard of the argument that this 10-day parental leave gives mothers a chance to thrive professionally. I beg to differ.

Women would need far greater and longer support for them not to be negatively impacted by the amount of care work they perform, an amount that is disproportionately larger than that which men spend.

The importance of this law, though deficient, cannot be understated especially when one looks at the ripple effects of such a move.

On the surface, laws such as this one would seem to impact only the parties concerned, that being the father.

But the truth of the matter is, such laws go some way into reframing the thinking that is found prominent in our society, where care work is a role associated solely with women - which is a result of our deeply patriarchal society.

Such positive legislative moves can also possibly make men understand the hard work that goes into care work. Often care work goes undervalued and undermined in the societal hierarchy and in the home.

The law goes a long way in disproving the idea that women are the only ones who can do care, nurturing work. I want to go as far as saying this law will have an impact in the conditioning of young boys and girls.

The union wants a one-year, 20% wage increase across the board, and extensive benefits, and has set aside four days of negotiations ‘to purely fight’
News
2 years ago

6 months leave for new fathers now a possibility in SA

These are some of the most progressive countries around the world when it comes to parental leave for both mothers and fathers.
S Mag
2 years ago
Next Article