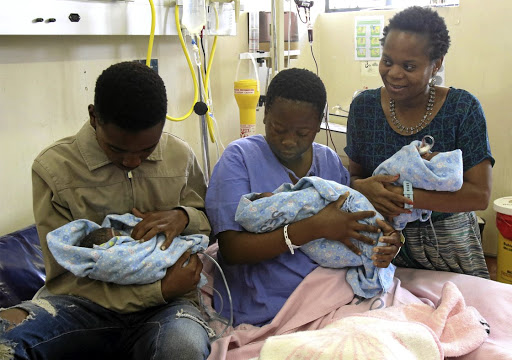 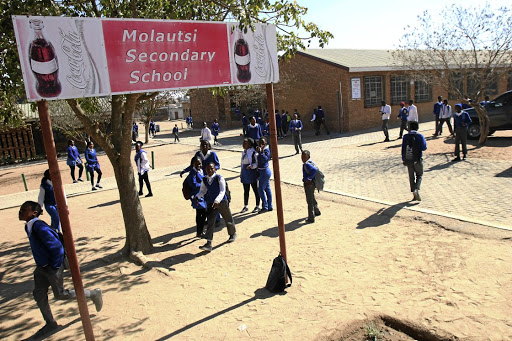 Some pupils at a Limpopo school have blamed "blessers" for being responsible for about 30 pregnant girls at their school so far this year.

This was after it was revealed there are 27 pregnant girls in Grades 10, 11 and 12 at Molautsi Secondary School in Blood River just outside Seshego.

Sowetan saw at least six pregnant girls during a visit to the school yesterday. The girls refused to be interviewed.

However, according to a Grade 11 pupil, older men were responsible for impregnating some of her friends. "They say they don't want to be broke; these men give them money. Some of these men have multiple girlfriends around the area," she said.

Another pupil, who is in Grade 12, said: "When we are at the taverns there will always be older guys coming and entertaining us.

"But, at the end is how you respond to them. I have seen friends getting free alcohol from guys who are employed and older. We call them blessers," the girl said.

Limpopo education department spokesman Sam Makondo confirmed that 27 pupils at the school are pregnant, noting that the situation was becoming a big concern.

"We think it should worry all of us as a society that our children fall pregnant at this rate," said Makondo.

"It says to us we should, as various stakeholders in education, take a collective responsibility to raise more awareness inside and outside our schools to prevent more learners from [being in] this situation.

"Together we can make the necessary impact and our learners will be able to stay in school and focus on their studies. Education is a constitutional right we must all protect. This should be everybody's concern."

Triplets for teen couple - 'we are prepared'

High school sweethearts Kholofelo Moholola, 18, and Nimrod Magolo, 19, have welcomed the birth of their triplets - two girls and a boy - with ...
News
3 years ago

Makondo said the figure of pupils who fell pregnant last year at the school was not immediately available but he believed it was lower compared to this year.

"If it was more than 20 pupils who fell pregnant it would have raised alarm and came to our attention.

"Our district offices would have picked it up immediately [because] they meet regularly with school principals." Makondo said.

A resident said although the clinic not too far from the school was efficient, she believed pupils were afraid to go to this health facility to get contraceptives.

"A solution to this mess is for the government to bring mobile clinics to schools.

"Some pupils hear stories about nurses insulting young girls, hence they choose not to go and save themselves from humiliation," she said.

Provincial health department spokesman Neil Shikwambana said: "A Blessers Must Fall programme is still under way and we appeal to young girls to refuse to be showered with free gifts.

"Blessers are not only contributing to [unwanted] pregnancies of young girls but a study has shown that they are likely to spread HIV/Aids," Shikwambana said.

Daisy Makgobatlou, who has been selling fat cakes and snacks to pupils for the past 20 years, said she had never witnessed such a high number of pregnant girls in a year.

"I work here every day of the week. I have never seen such a large number of children getting pregnant," she said.

Makgobatlou blamed the parents for outsourcing their parental responsibility to teachers.

"It shows that when the children leave the school, no one looks after them at home. I think parents should monitor their children because teachers can't do their job."

The teenagers, who are still pupils at the same school, welcomed their triplets at Seshego Provincial Hospital.