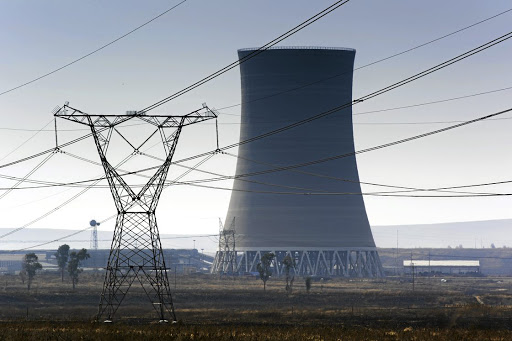 Some deep questions are raised by the ANC's national executive committee statement last week and rotate on the difference between rhetoric and action and the link between the two.

The statement was a rhetoric victory for the reformist forces on the committee with its focus on the microeconomic reforms required, rather than the macroeconomic bull-dozering the left would want. True, large parts were already contained in budget speeches but the language around energy was welcome and actually new.

This raised the question - given the huge hold the coal and developmental state lobbies have in parts of the ANC - of whether the committee members knew what they were agreeing to.

Or is the statement separate from the discussions and so not reflective? It seems likely that the need to show face to ratings agencies and business allowed all sides to keep disagreements on lockdown.

Hence, business and ratings agencies will remain sceptical of the post-national executive committee rhetoric until action is seen.

The country will be vulnerable to load-shedding at the end of the month, when Eskom ramps up its plant maintenance programme, say experts
News
2 years ago

When it comes to action, we need to think about the effect rhetoric has on how implementation occurs.

This can be seen in different ways, with spectrum and renewable independent power producer price purchase agreements contract renegotiation attempts. With spectrum there is a continual disappointment in the pushing out of likely spectrum auction dates. Yet the rhetoric from the government is totally at odds with this and remains upbeat.

There seems to be a desire to promote the idea that a policy path that leads to auctions has been published, yet this is not the case. A wireless open area network (WOAN) policy framework has been published, but this is open to contestation as well as a lengthy public consultation. Expected dates for spectrum auctions for the large telecoms companies have moved well into the first half of 2021.

The messy mix of ideology and vested interests around WOAN that are delaying the huge investment potential by the major telecoms firms is being watched by a broader section of investors and business than just this sector.

It is an example of where, despite a notional path being laid out, it is unnecessarily long, and rhetoric won't be able to be maintained for such a long period and can actually damage sentiment.

Some political actors know the savings will be small but need to save face against vested interests; others want to pummel the independent power producers for ideological reasons.

Eskom's deals with independent power producers came under scrutiny on Monday when the Coal Transporters Forum asked the high court in Pretoria to ...
News
3 years ago

Eskom has perpetuated the myth, now taken up by government, that renewable independent power producers made up about 22% of energy costs in SA in the financial year to March yet produced only 4.8% of the electricity. This is untrue and rests on the odd way Eskom shows its accounts.

It ignores all the rest of Eskom's costs for debt service, its wage bill and depreciation; these amounted to R30bn, R33bn and R30bn respectively for the last fiscal year. This compares to a cost of R22bn for renewable independent power producers to Eskom. Non-independent power producer primary energy costs (primarily coal) were R77bn in the last fiscal year.

Forecast errors may only make a R1bn or R2bn difference, which can be recovered the following year from the tariff.

We can see the folly of trying to renegotiate price purchase agreements - it will generate no savings at all for Eskom because it will be passed straight through a reduction in tariff revenues.

*Montalto is head of capital markets research at Intellidex

DA to government: Pay the R20bn you owe to municipalities

The government owes municipalities R20bn, the Democratic Alliance said on Friday as it called for the debt to be paid.
News
2 years ago

ANC resolves to 'mobilise and encourage' people to pay for services

The ANC national executive committee resolved at its meeting over the weekend that municipalities and government departments must lead by example and ...
News
2 years ago

Portions of South African Airways (SAA), one of the country’s poor performing state-owned enterprises, will be sold to private companies, the ANC ...
Business
2 years ago
Next Article