Concerns from Eskom over supplier's acquisition 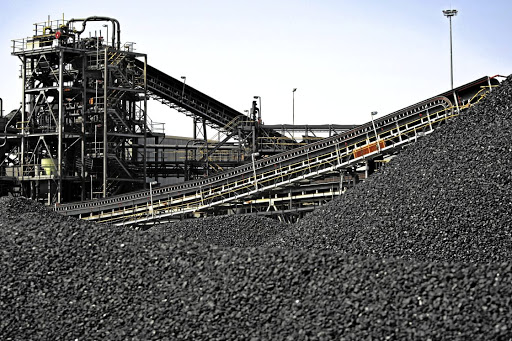 Eskom senior managers warned that the acquisition of the coal supplier by Seriti could have huge implications on the economy. /Marianne Schwankhart

The managers warned that the acquisition of  the coal supplier by Seriti could have huge implications on the economy.

On Monday, reports emerged that Seriti's takeover of SAEC could see it overtaking Exxaro resources as Eskom's largest coal supplier.

The deal between Seriti and SAEC, which is now before the Competition Commission, has come under scrutiny after it emerged that Seriti will also inherit a R12bn rehab liability from South 32.

Sowetan has seen an internal document prepared by senior managers at the power utility who expressed their concerns about exclusive contractual negotiations to acquire South 32's SAEC.

According to the report, the merger of the two top coal suppliers, South 32 and Seriti will significantly weaken Eskom's bargaining position and obliterate prospects for competitive pricing and immediately reduce the likelihood of taming coal inflation in the foreseeable future.

In a briefing to MPs, Eskom chair Jabu Mabuza noted that the utility’s debt was approaching R450bn and could not be serviced by revenue alone.
News
2 years ago

Broke Eskom could shut down plants due to emissions violations

Cash-strapped power utility Eskom could be forced to shut some plants if it fails to reduce emissions, its chief operating officer warned on ...
News
2 years ago

"This also means that Eskom will invest resources in cost-plus mines to the benefit of a single big entity. Should this single entity experience operational difficulties, Eskom and the country's entire economy will automatically suffer unmitigated harm."

It went further to state that the deal is a gamble that SA cannot afford, especially during the difficult economic times.

Eskom said they had no idea where the R12bn rehabilitation liability came from, whether it was for the coal mines only or the entire South 32.

"Eskom has informed South 32 in advance that it will conduct a due diligence study on the successful bidder when a consent to cede the two coal contracts it has with South 32 is required," said Eskom media desk. South 32 has a long-term contract with Duvha power station, which will now fall under Seriti.

Energy expert Ted Blom said if Seriti was not well capitalised, the deal would cause big problems in the future.

Seriti Resources spokesperson Charmane Russell said as with any due diligence process, all rehabilitation liabilities will be considered and factored into the contractual arrangement.

"There is no connection between the rehabilitation liabilities and the ability to service contractual obligations with Eskom," Russell said.

Accountant and commentator Khaya Sithole said the consequence of the transaction was that just one major supplier will be supplying Duvha power station.

"Then naturally, the risk of catastrophe if anything goes wrong with the company is escalated as no one can step in and ensure supply continuity."