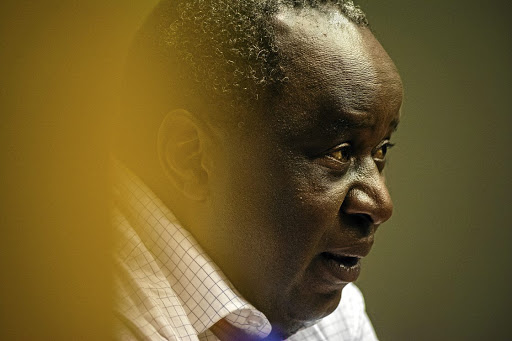 Finance minister Tito Mboweni has apologised to the ANC national executive committee for releasing the Treasury's economics strategy document to the public before it was discussed internally in the alliance.

The document, which outlines Mboweni's plan to stimulate the country's slow economic growth, has been a bone of contention, especially with the ANC's alliance partners, Cosatu and the SACP.

Sowetan has it on good authority that Mboweni told the NEC meeting in Boksburg that he apologised to anyone who took offence at the premature release of the document last month. But he said the contents of the document were market sensitive and ran a risk of being leaked had he not released it.

The 77-page document proposes that there should be increased support for small-scale commercial agriculture, eradication of red tape for start-up businesses and selling of Eskom power stations.

The document also sparked a lot of debate and push-back from labour federation Cosatu and the SACP.

Mboweni said according to the law governing tax administration, a tax inquiry was private and confidential and the same law prohibited the disclosure ...
News
2 years ago

Finance minister Tito Mboweni has warned that the country's budget deficit was much higher than projected by his department and this would impact ...
News
2 years ago

Sowetan understands that Cosatu and SACP delegates made known their unhappiness with the release of the document at the meeting on Sunday to discuss it.

Two NEC members that attended the meeting said the document was generally accepted because it had sparked the debate on how to grow the economy.

Another NEC member said the Treasury had so far received about 700 submissions responding to the document.

ANC spokesperson Pule Mabe said he could not comment on the leaks. He said that the NEC had a "fruitful" meeting and would report back at an official briefing today.

According to Mabe, Mboweni's document sparked a necessary discussion around the economy and the NEC was a platform for such conversations discussions to take place.

"A conversation has started. A meeting of a special NEC has taken place enriching this much-needed conversation on how we turn the economy around and create the much- needed jobs." - Additional
reporting by Kgothatso Madisa