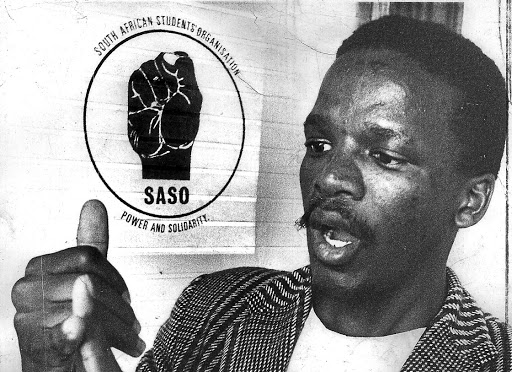 Onkgopotse Tiro, the fiery Black Consciousness Movement leader who inspired student leaders such as Tsietsi Mashinini in the years leading up to the 1976 student uprisings.
Image: Ronnie kweyi/rand daily mail

If any of my children were to ask me to recommend a list of books about our liberation Struggle and some of its most influential figures, Gaongalelwe Tiro's Parcel of Death would feature prominently on that list.

There are a number of factors that make this biography a must read.

The most important is that it is a book about Onkgopotse Abram Tiro, the Black Consciousness Movement leader whose life was cut short at the age of 26 through a letter bomb sent to him in exile by apartheid security agents in 1974.

Despite the fact that Tiro was one of the prominent pioneers of the BCM which reignited the spirit of resistance against racial oppression following the demoralising suppression and banning of the ANC, the PAC and other liberation organisations in 1961, very little has been written of him.

As City Press political editor Rapule Tabane remarked in a piece recently, the little that is known by most about Tiro is that "he delivered a seminal speech at the University of the North in 1972 and was later killed in exile in Botswana".

SOME among us are born, then lead an uneventful existence, and die. Others, on the other hand, spend their lifetimes doing something about issues ...
Opinion
11 years ago

Yet there was much more to Tiro than those two events. For instance, in the book the author makes a compelling argument that Tiro's stint as a history teacher at Morris Isaacson in Soweto in 1973 played a huge part in the politicisation of student leaders who were later to be at the forefront of the 1976 Soweto Uprisings.

"One frequent visitor to Tiro was Tsietsi Mashinini, a form 1 (grade 8) student at Morris Isaacson in 1973, who lived nearby.

"Tiro took him under his wing and mentored him, sharing political literature with him that impacted Mashinini's political consciousness," writes the author.

A few weeks ago I had an opportunity to ask Gaongalelwe Tiro why he chose to write this biography, well other than the fact that he is a talented writer who happens to be Onkgopotse Tiro's nephew.

He saw in the story an opportunity to attend to something that is a concern to him, and my second reason for seeing this book as essential if we are to have a fuller understanding of our resistance history: "There seems to be a gap in the narrative of the liberation struggle. Oftentimes you'd go to monuments like the Freedom Park or the Apartheid Museum and look at the exhibits there and you would actually be left with the impression that from, from 1960 and the Sharpeville Massacre and the subsequent years with the incarceration of leaders like Robert Sobukwe, until 1976 there was nothing going on at all.

Steve Biko was clearly ahead of his time

"If you look there, there is just a small picture of (Black Consciousness leader Steve) Biko at the Apartheid Museum, but there isn't much that is being said about that whole generation of activists, not Onkgopotse specifically. Even when people talk about Biko, they don't talk activism, they talk about political ideology that he espoused. Yet this was a golden generation of activists who turned things around when the country was in its darkest hour.

"You can imagine around 1968, when they established the South African Students Organisation and launched it the following year, literally there was no activism happening.

"Our people were literally beaten into submission because of the crackdown that happened in the early 1960s and these young people took it upon themselves to turn things around and rekindle our people's fire for liberation."

Reading the book, it is as much the story of Tiro as that of the movement he helped form and lead.

An African student in Azania (South Africa) who completed high school without knowledge of the PAC and Black Consciousness Movement, must go back to ...
Opinion
2 years ago

After completing his studies towards a University Education Diploma at the University of the North in 1972, Tiro stayed on as a graduate student. Students then chose the Saso leader to be their valedictorian.

They asked him to speak on their behalf during a graduation ceremony on 29 April of that year. It was a speech that would not only get him expelled from the university but, as Gaongalelwe Tiro argues, would catapult Saso and "its political philosophy into the popular consciousness of the nation".

Even if you have read about the speech, dubbed the Turfloop Testimony, many times you can't help but have goose bumps reading the author's description of what went down on that sunny Saturday.

"The front-row seats were reserved for officialdom, which was almost exclusively white.

"The other guests who made it into the hall sat at the back but nothing was going to spoil their moment of pride and joy. They ululated and cheered as the graduands were called one at a time. The officialdom occupying the prime spots sat almost stone still throughout."

What about the killers of Onkgopotse Tiro?

The ANC government and the NPA are selective in investigating and prosecuting cases of apartheid criminals.
Opinion
3 years ago

The author's narration is enriched by the many interviews he conducted with students who were in the hall as Tiro spoke.

Instead of just reading what Tiro said on the day, you get to know how those who were present in the room felt at that very moment as he spoke truth to power right in front of apartheid officialdom at a time when the system and its authorities felt invincible.

"He who withholds the truth or debars men from motives of its expediency, is either a coward, a criminal or both," said Tiro quoting an American preacher, "therefore, Mr Chancellor, I will try as much as possible to say nothing else but the truth."

He then went on to reject Bantustan leaders and their governments that were being imposed on black people, he slammed Bantu Education, pointing out that elsewhere in the world there was no education system reserved for one racial group or another.

Tiro went on to make a call to students that was to mobilise thousands of activists for years to come: "We black graduates, by virtue of our age and academic standing, are being called upon to bear greater responsibilities in the liberation of our people.

A new South Africa will not be happier by forgetting Biko

SEPTEMBER 12 1977 is etched in memory as the day when the world was robbed of one of its greatest of minds - Steve Bantu Biko. For the powers at that ...
Opinion
10 years ago

"We have to go back to them and educate them. Times are changing and we should change with them. The magic story of human achievement gives irrefutable proof that as soon as nationalism is awakened among the intelligentsia, it becomes the vanguard in the struggle against alien rule."

The Turfloop Testimony resulted in Tiro's expulsion and that of the rest of the student representative council. Students went on strike. The university reacted by expelling a further 1,145 students. Police were called in. Soon, students in universities as far as Durban Westville and Western Cape, were joining in solidarity protests.

Perhaps one of the greatest strengths of Parcel of Death is that it does not just look into its subject's story as a student leader and an exile.

The author successfully traces Tiro's early politicisation back to the struggles waged by his people, Bahurutshe and the rest of Batswana against land dispossession and colonial aggression of the 1800s.

Black man was truly on his own

LIKE a myriad war cries of the times, Black Man, You Are On Your Own is popularly and erroneously credited to Stephen Bantu Biko. Bruce Waters, ...
Opinion
11 years ago

Stories of how Bahurutshe in Dinokana, resisted colonial conquest would have inspired a young Tiro. He would also have been encouraged to join the Struggle by the heroics of Chief Abram Pogiso Moiloa, after whom he got his second name Abram, who played an active part in opposing the oppressive regime.

As a black writer, who speaks the language of the people of the area, Gaongalelwe Tiro's research was enriched by the fact that he had access to even the elders of the area who had first-hand knowledge of some of the historic moments that would have shaped Onkgopotse Tiro's early thinking.

"The fact that I am from that community gives one an advantage of being able to contextualise the story, I would have an advantage that most of the white writers would not have because I can go to Dinokana and sit with elders and communicate in Setswana and I don't use third parties and then the message get lost in the process," he said.

For the author, he would have succeeded in his work if the book helps to inspire a younger generation of activists to emulate Tiro, Biko and many of their comrades of that time.

The Black Consciousness generation inspired the revival of the fighting spirit in the 1970s, its story - told through books such as Parcel of Death - could inspire a new generation of activists in civil society and even government to see the value of selfless service to the people that the likes of Tiro spoke of and lived by.

OF ALL the descriptions applied to student activist Onkgopotse Tiro, the one made by Azanian People's Organisation president Mosibudi Mangena is most ...
News
12 years ago

Like a phoenix, can the party rise from the ashes and reinvent itself?
Opinion
4 years ago

Leadership vacuum is one of South Africa's worst drawbacks

History provides evidence that when communities are leaderless, a space is created for them to lead themselves. This can be seen in a family where ...
News
6 years ago
Next Article