Black man was truly on his own 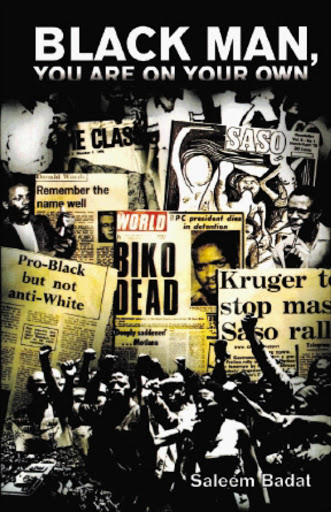 LIKE a myriad war cries of the times, Black Man, You Are On Your Own is popularly and erroneously credited to Stephen Bantu Biko.

Bruce Waters, operations manager at the Biko Foundation, says the words were actually from the mouth of one Nyameko Barney Pityana, a long-time Biko ally.

It is a fitting title to the scholarly look into the role and identity of the SA Students Organisation (Saso), a body of which Biko was elected national president at its inaugural launch in July 1969.

Saso was formed a year earlier and it proved such a thorn in the side of the apartheid authorities that nine years later, in October 1977, they ended its shelf life by banning it.

Vice-chancellor at Rhodes University Dr Saleem Badat does such a splendid job of throwing the spotlight on Saso's raison d' etre that reading this book one is left wondering if the likes of the Congress of SA Students (Cosas) and the SA Students Congress (Sasco) - after Biko - fully understood the purpose of their own existence.

A former student activist himself, the author is adamant that we need research and analysis of student politics and the bodies through which this activism was achieved.

In the meantime, Saso stands as proof that black students were agents of historical change, thinkers - especially as evinced in the activism of Biko, Pityana and their contemporaries such as Onkgopotse Tiro and Diliza Mji.

For the record, it is Saso that kicked out the younger Themba Sono from within their ranks.

Under the likes of Julius Malema, it is almost impossible to put a finger on tangible achievements of organisations such as Cosas but, most notably, it is this Saso that gave birth to the philosophy of black consciousness and the crème de la crème of political leaders as its products.

The beauty of Badat's writing and the fruits of his meticulous research don't just plonk Saso in the middle of student politics - it locates it within a context.

The grand scheme of apartheid did not envisage the spectre of an educated black man. True to the words of its architect, Hendrik Verwoerd, blacks were good for chopping wood and drawing water. There was no point in equipping the African with skills he'd find no use for inside the confines of his own society, the separatists argued.

The University of Natal, where Biko entered medical school, was only opened to blacks and funded by the state with the strict proviso that it would prepare the black graduate for a career that would serve the white people. Rhodes, which the author now heads, totally prohibited blacks from studying there.

But student politics would only come alive in 1968. At this time, student politics at black universities took place within the conduit of the white National Union of SA Students. The realisation that the liberal Nusas could not and would not address the needs of black students forced those like Biko to conclude that, eh, the black man was on his own.