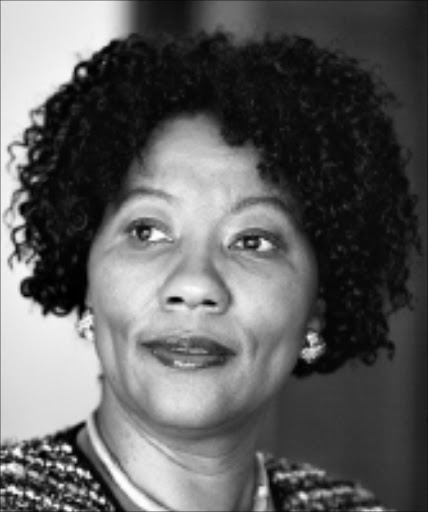 OF ALL the descriptions applied to student activist Onkgopotse Tiro, the one made by Azanian People's Organisation president Mosibudi Mangena is most enduring.

OF ALL the descriptions applied to student activist Onkgopotse Tiro, the one made by Azanian People's Organisation president Mosibudi Mangena is most enduring.

Tiro was an unflinching Black Consciousness Movement adherent. He was the students representative council president at Turfloop University when he lashed out at "Bantu Education" at the university's graduation ceremony in 1972.

Here is how Mangena described Tiro, who is being honoured through the staging of the Onkgopotse Tiro Excellence Awards - made to outstanding achievers associated with the University of Limpopo.

The awards, the latest recipients of which include Anna Mokgokong and Eric Ratshikhopha, will coincide with the university's annual benefit gala dinner and the official launch of its alumni at the Gallagher Convention Centre in Midrand, Gauteng. on November 6.

Tiro grew up in Dinokana, a small village near Zeerust in North West.

At the university's graduation ceremony in 1972, Tiro, then in his final year, sharply criticised the Bantu Education Act of 1953.

In 1973 he became involved with the Black Consciousness Movement. This was an ideology developed primarily by black students after 1968 to encourage black people to liberate themselves psychologically from the effects of institutionalised racism and white liberalism.

After teaching for a while and encountering resentment, opposition and harassment from the Nationalist Party's security personnel, Tiro went into exile.

In February 1974, in Botswana, Tiro was completing an application form to continue his studies through the University of South Africa, when he received a parcel supposedly forwarded by the International University Exchange Programme in Geneva, Switzerland.

As he was opening it the parcel bomb exploded, killing him instantly. Tiro was buried in Botswana. In 1998 his remains were exhumed by Azapo and his family and were returned to Dinokana for reburial.

The University of Limpopo's Benefit Gala is building on the visionary establishment of the university' s Students Financial Aid Trust by the university's students representative council of 1995-96.

It seeks to boost the trust's financial resources to continue providing financial assistance to underprivileged students.

The trust has contributed significantly to the wellbeing of financially needy and academically deserving students. It has been awarding bursaries since 1999.

So far the trust has awarded bursaries to 310 students at a maximum of R10000 each.

Successful students are selected during the SRC's annual general meetings. It has thus far allocated more than R2,9million to needy students.